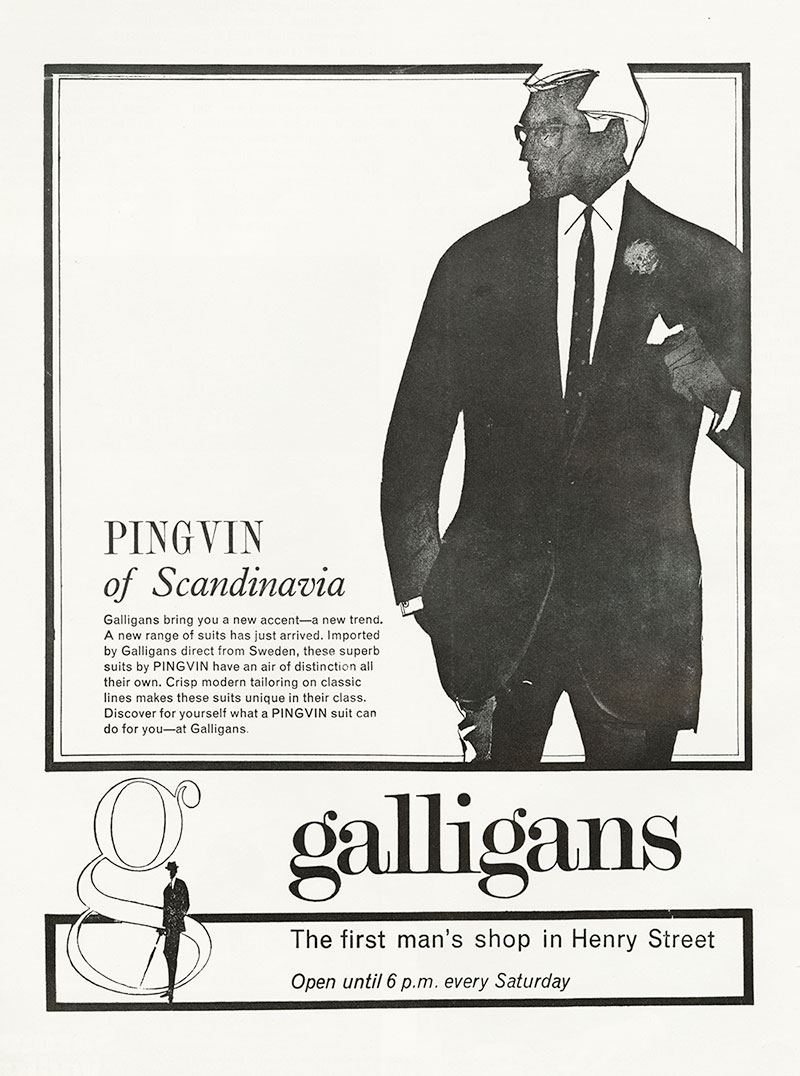 Galligans claimed to be the first man’s shop in Henry St, whilst Best Menswear, an Irish Company established in 1948 and today with stores all over Ireland, then had shops in O’Connell St and Westmoreland St.
Scanned by Brand New Retro from Scene Magazine August 1968