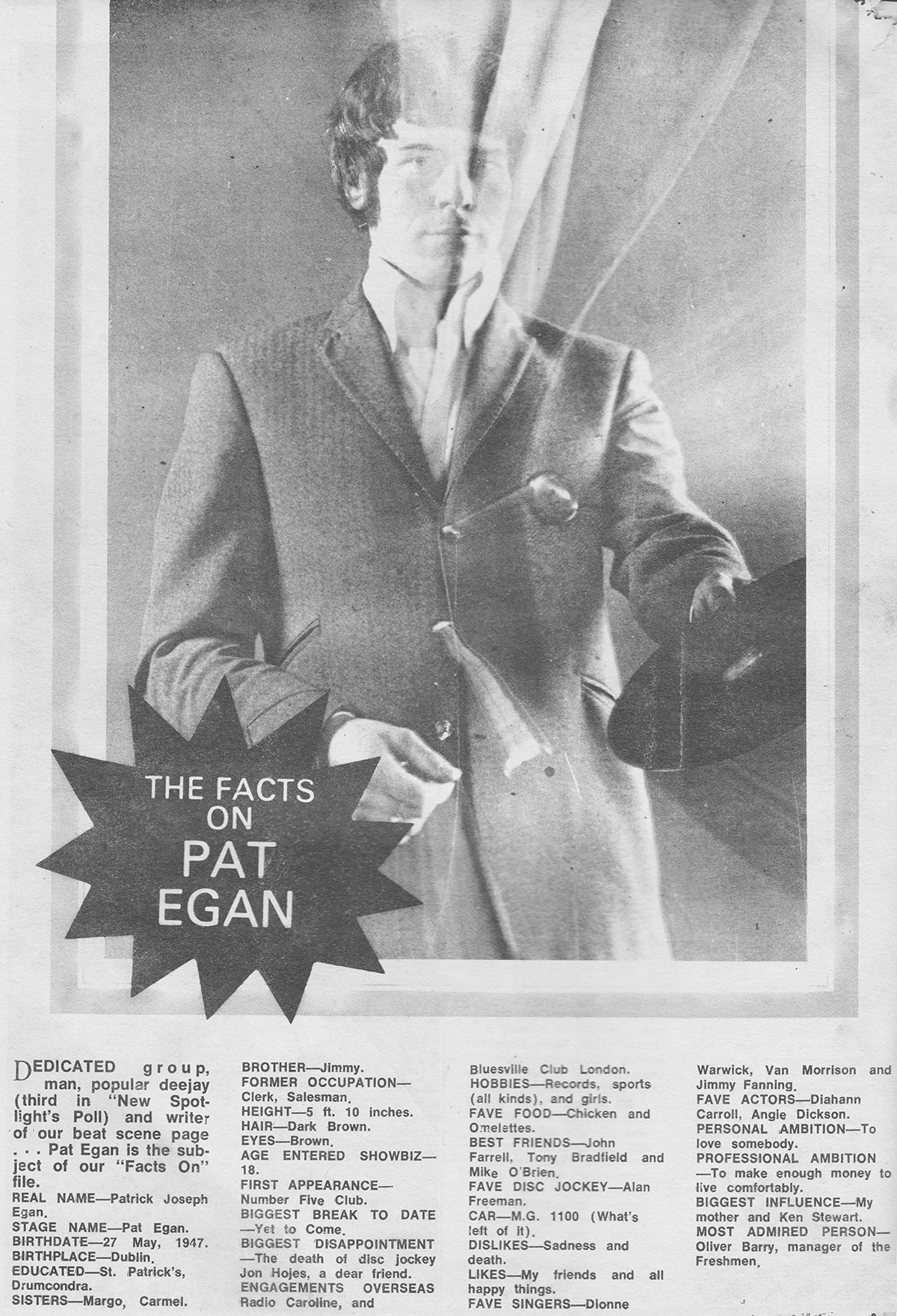 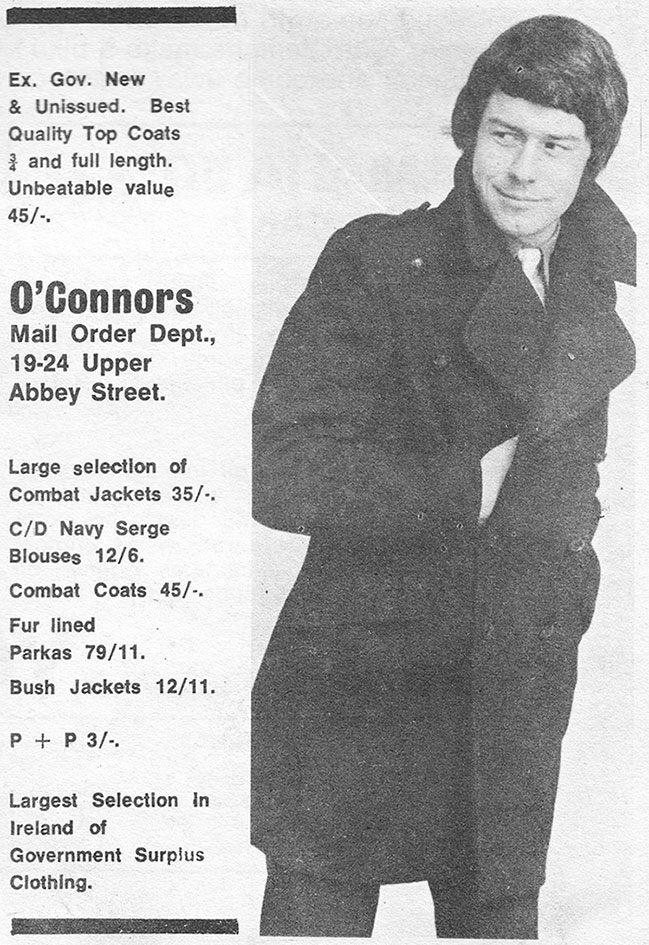 Whether it was hanging out with his pal Phil Lynott in the advert for the Wimpy in Dorset St or interviewing the likes of Luke Kelly or Rory Gallagher Pat Egan is widely featured in Brand New Retro.  As DJ and journalist, he was part of the Irish beat scene and rock scene which he documented from the mid sixties to the seventies through his New Spotlight weekly column. He also opened Pat Egan’s Sound Cellar record shop (still operating today as the Sound Cellar with Tommy Tighe) at the corner of Dublin’s Nassau St.

‘Facts On’ is from New Spotlight 1969 as is the advert with Pat for O’Connors. The Heather Parsons article is also from 1969 but from Woman’s Way.

Pat, of course, is still involved with showbiz, bringing up to 150 shows to Ireland each year. More here pateganmgt.ie

All above scanned by Brand New Retro