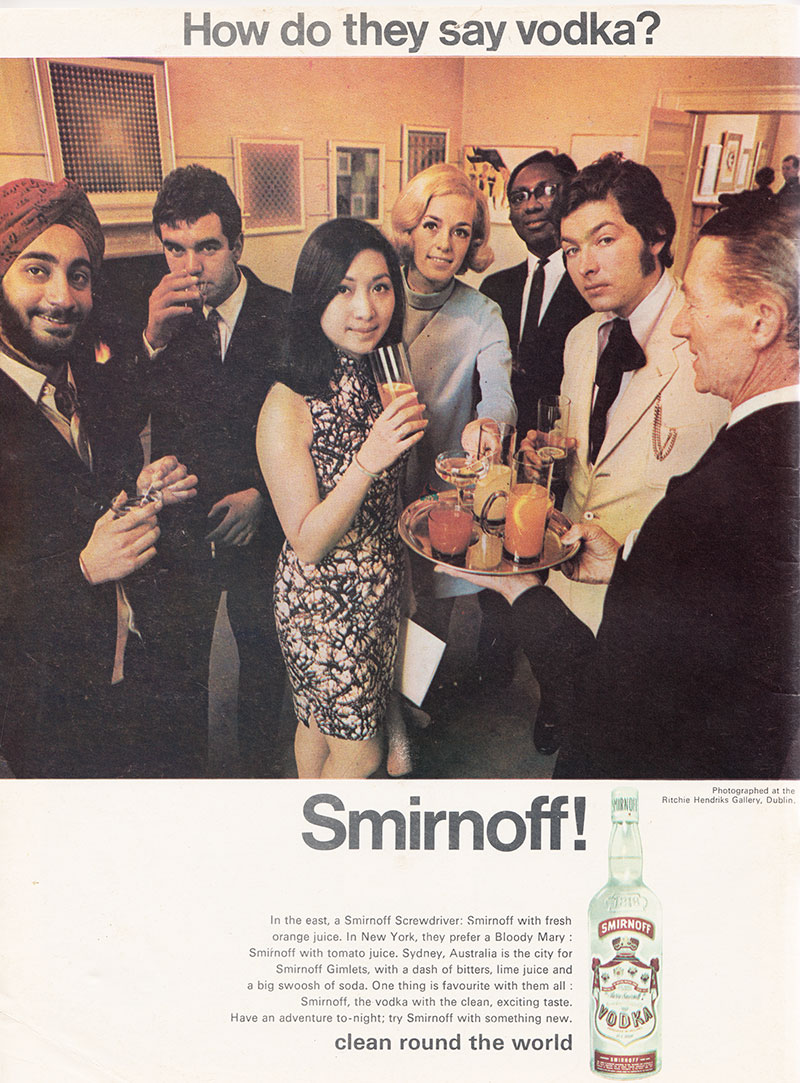 Photographed at the Richie Hendriks Gallery, 119 St. Stephen’s Green, Dublin 2 which is now the home to Shanahan’s on the Green and also where the Witches Hut  had a salon there from 1982-85.

This advert appeared on the back page of Woman’s Way & other Irish magazines during Spring/Summer 1969.