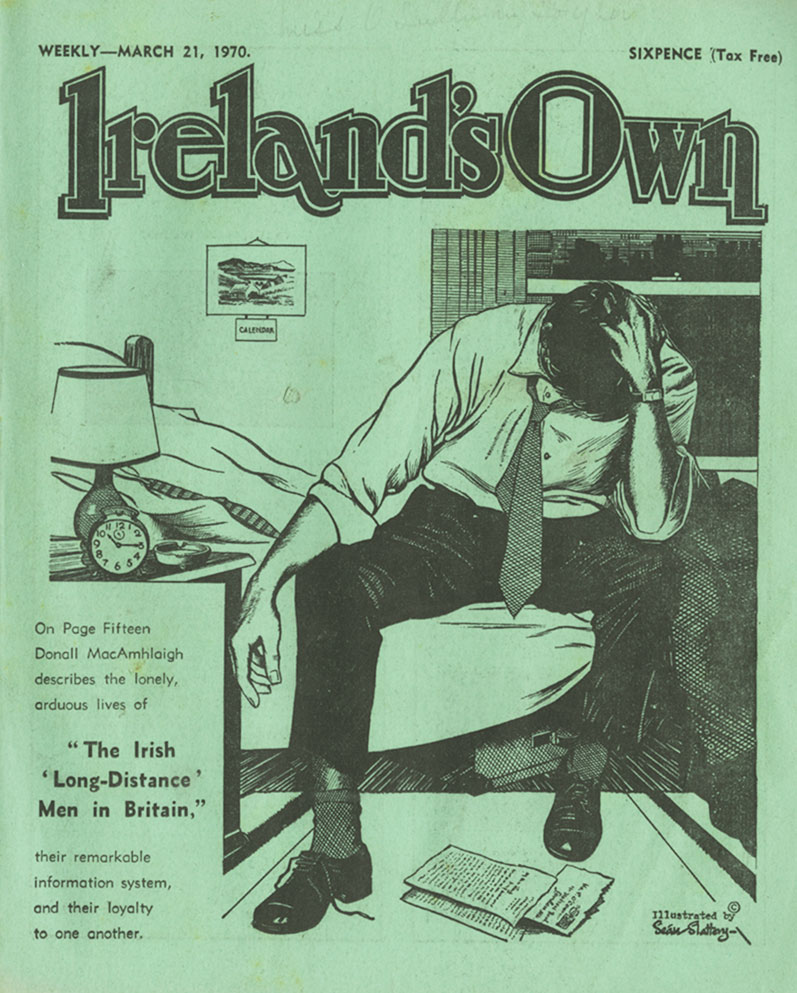 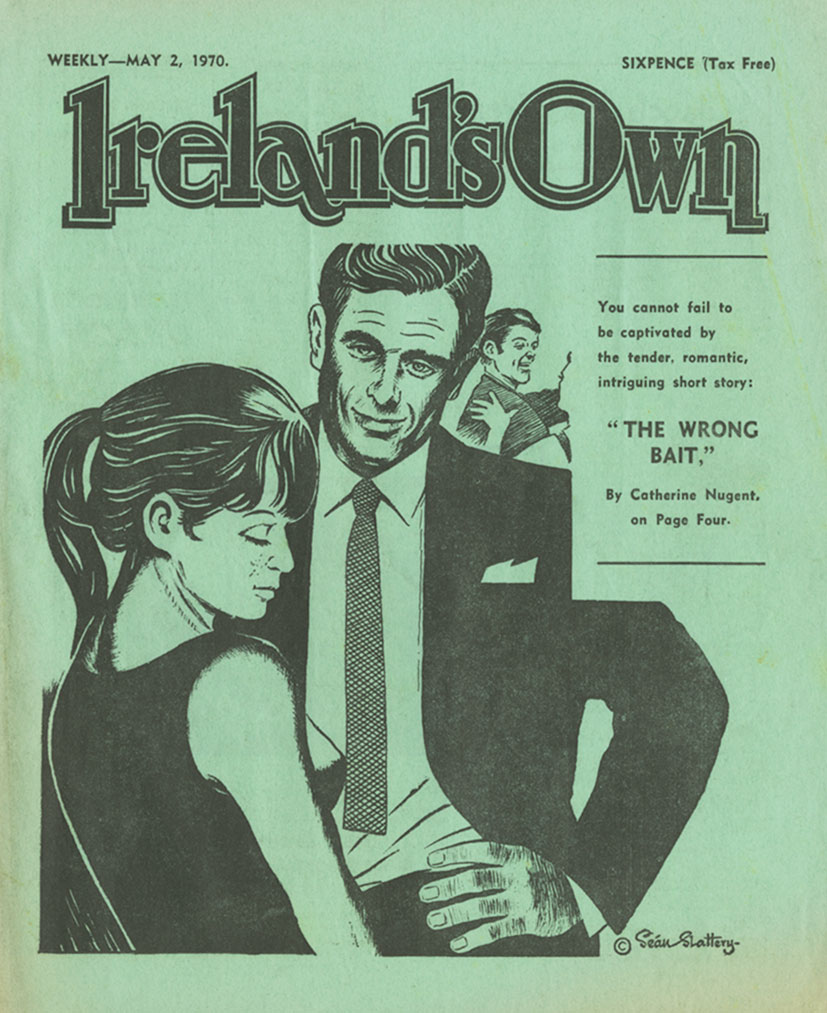 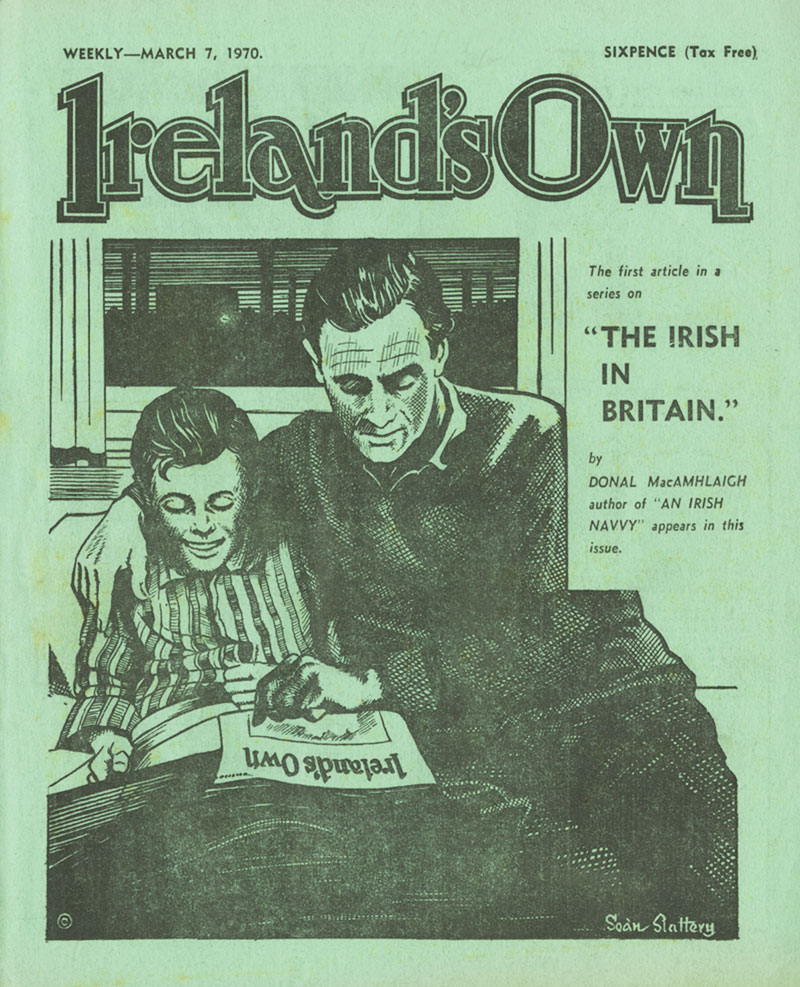 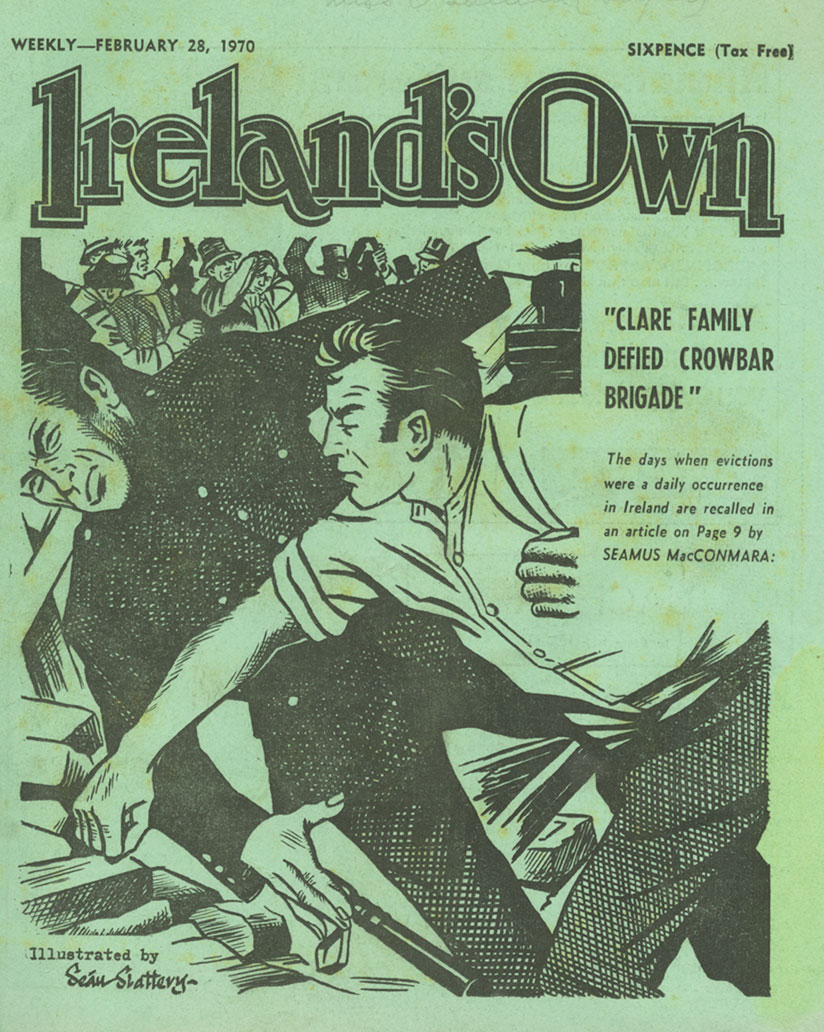 Now almost 114 years old, Ireland’s Own is Ireland’s longest running weekly magazine. On its 75 anniversary special in 1977, the editorial stated…

The first Ireland’s Own appeared on November 26, 1902.
The aim of the publishers was to provide a wholesome Irish magazine as a counter to the alien and not so wholesome literature that was about.

These 4 covers are all  illustrated by Sean Slattery whose work we have featured on the site in the past.