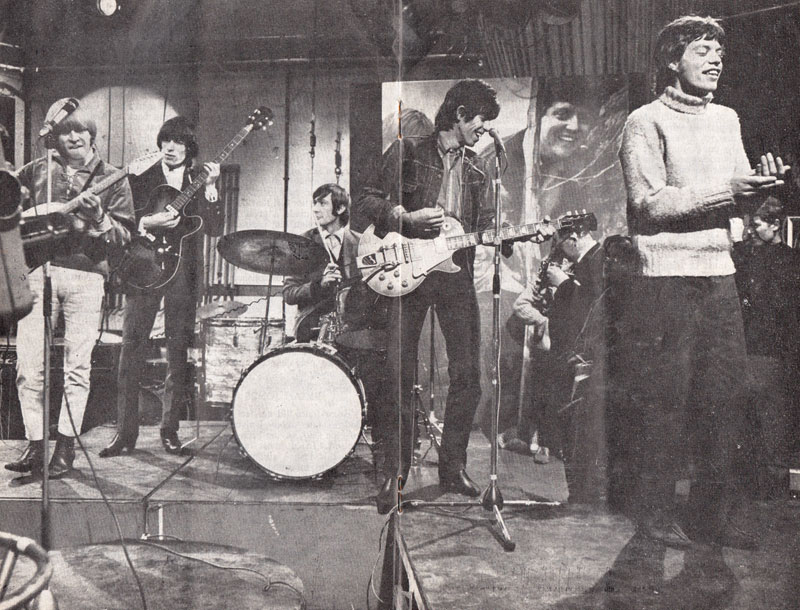 The Rolling Stones played at the ABC Theatre, Belfast, The Adelphi, Dublin and at the Savoy in Cork on the 6th, 7th and 8th of January 1965.   They played 2 shows in each city and their Adelphi appearances each attracted a capacity crowd of 2,043.

I know the size of the audience because it is one of many facts, opinions and observations mentioned in the short article below by Yes! magazine Chairman, Simon Morgan following his interviews with the group and attendance at the Adelphi gig.  He has some interesting takes on the Stone’s members. A must read.

The photo of the Stones appeared as a full centre spread of this 52 page magazine. At first glance it looked like a regular stage shot of the band from that period. It may well be. But, after a quick search, I can’t find any online presence for it.  On the acknowledgments page of the mag there is a thank you to  “Desmond Williams, Esq for the exclusive photograph of the Rolling Stones on pages 22 & 23”.  Williams is also listed on page 44 as the magazines Hon. Photographic Consultant.  Anyone? 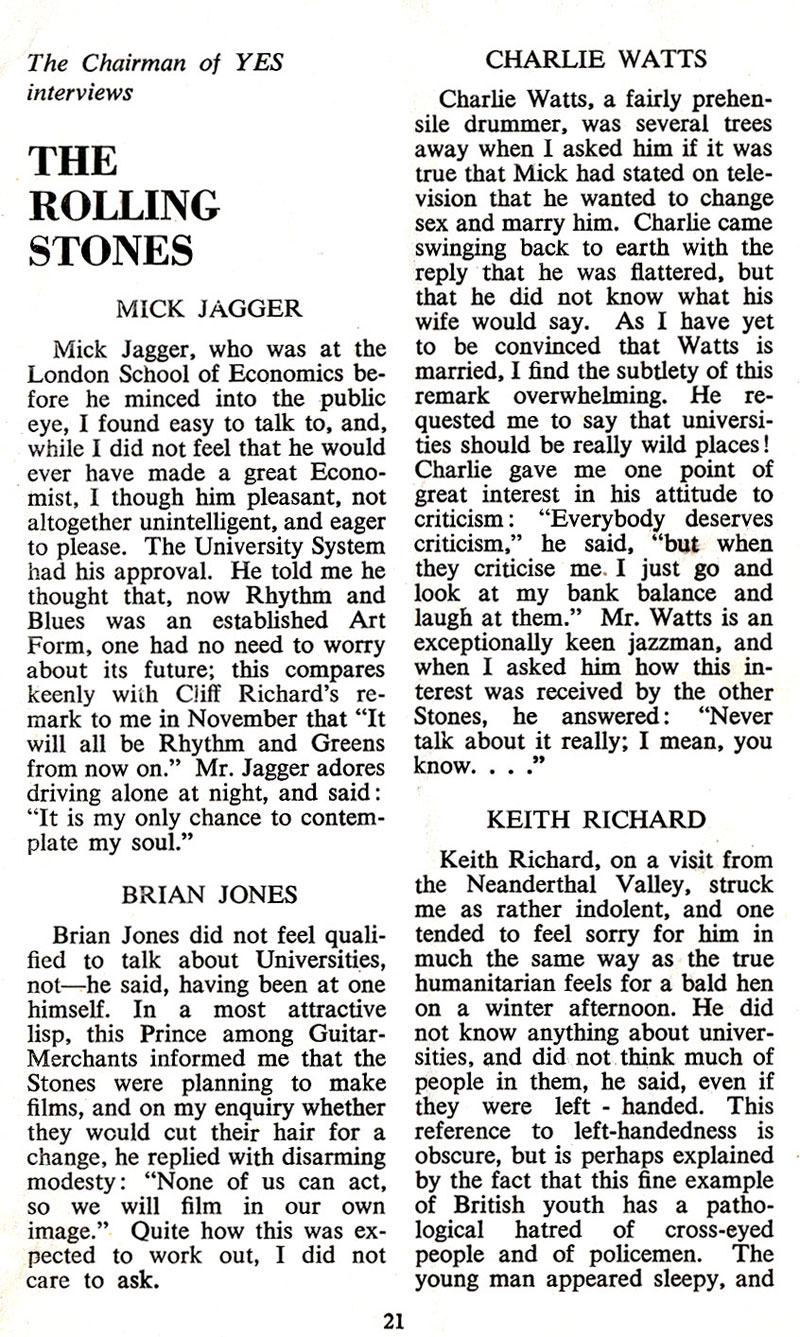 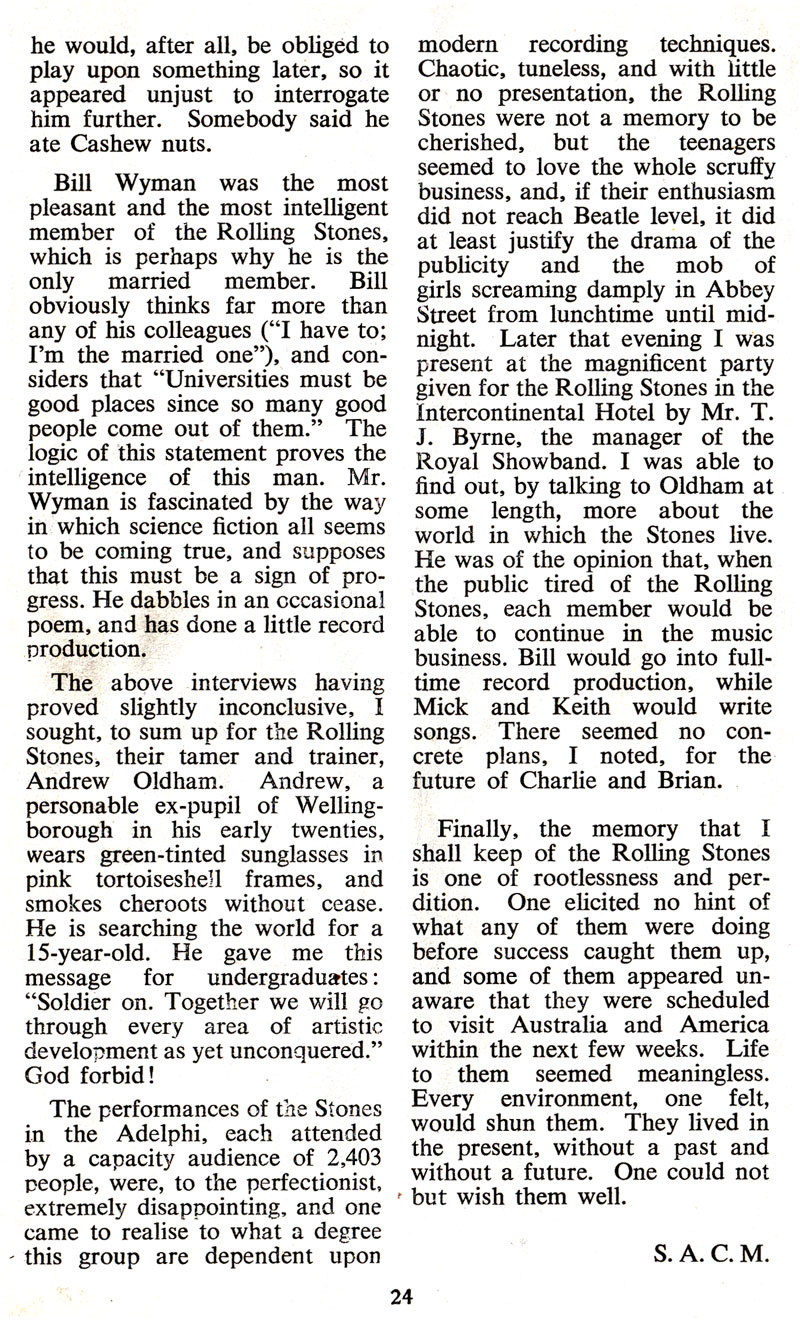 Yes!  was a joint UCD & Trinity College student magazine from the 1960s, produced yearly in aid of charity. We’ve scanned and posted below some other pages from this issue and will scan more from other issues at a future date. 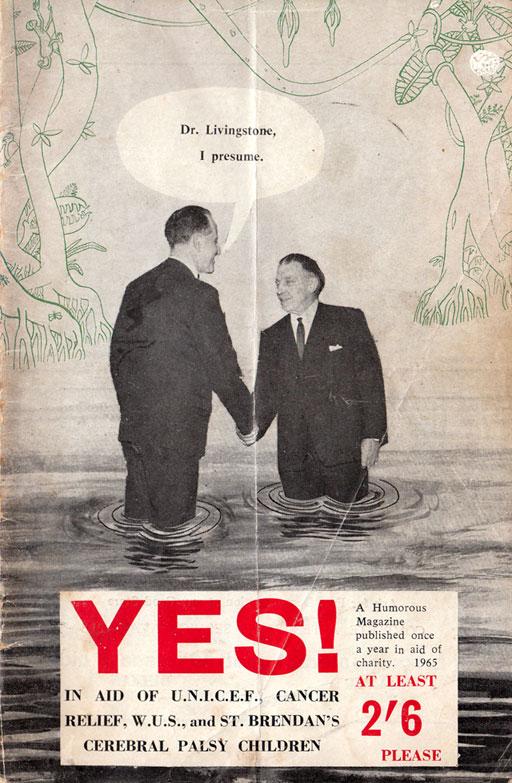 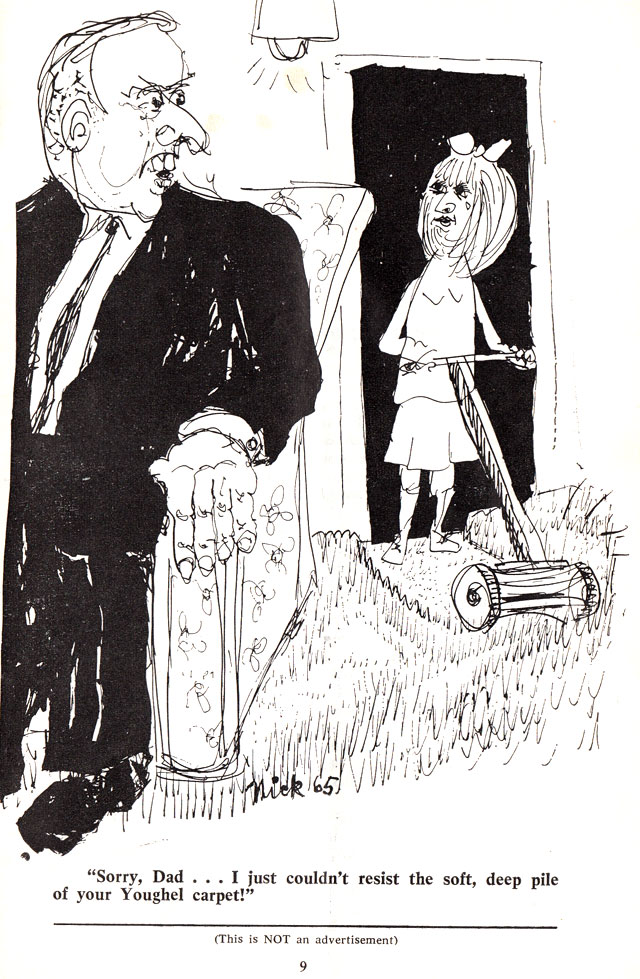 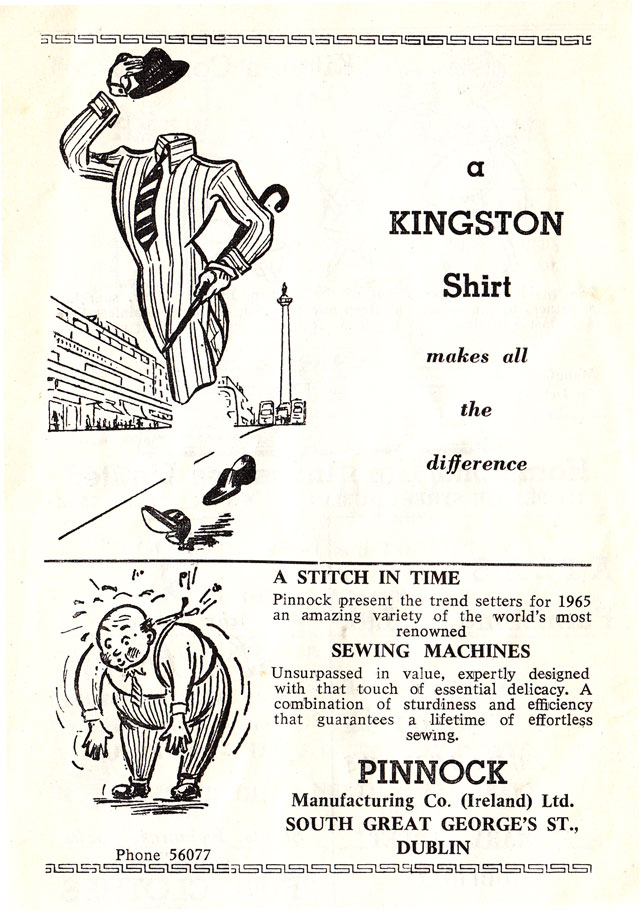 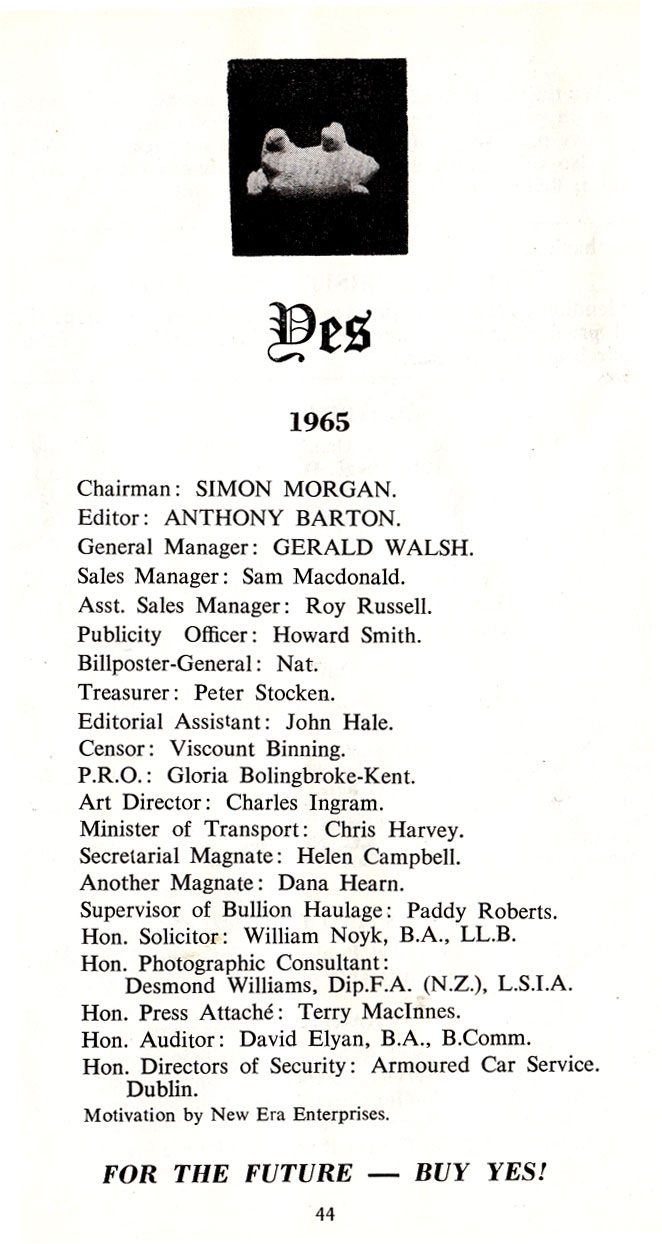 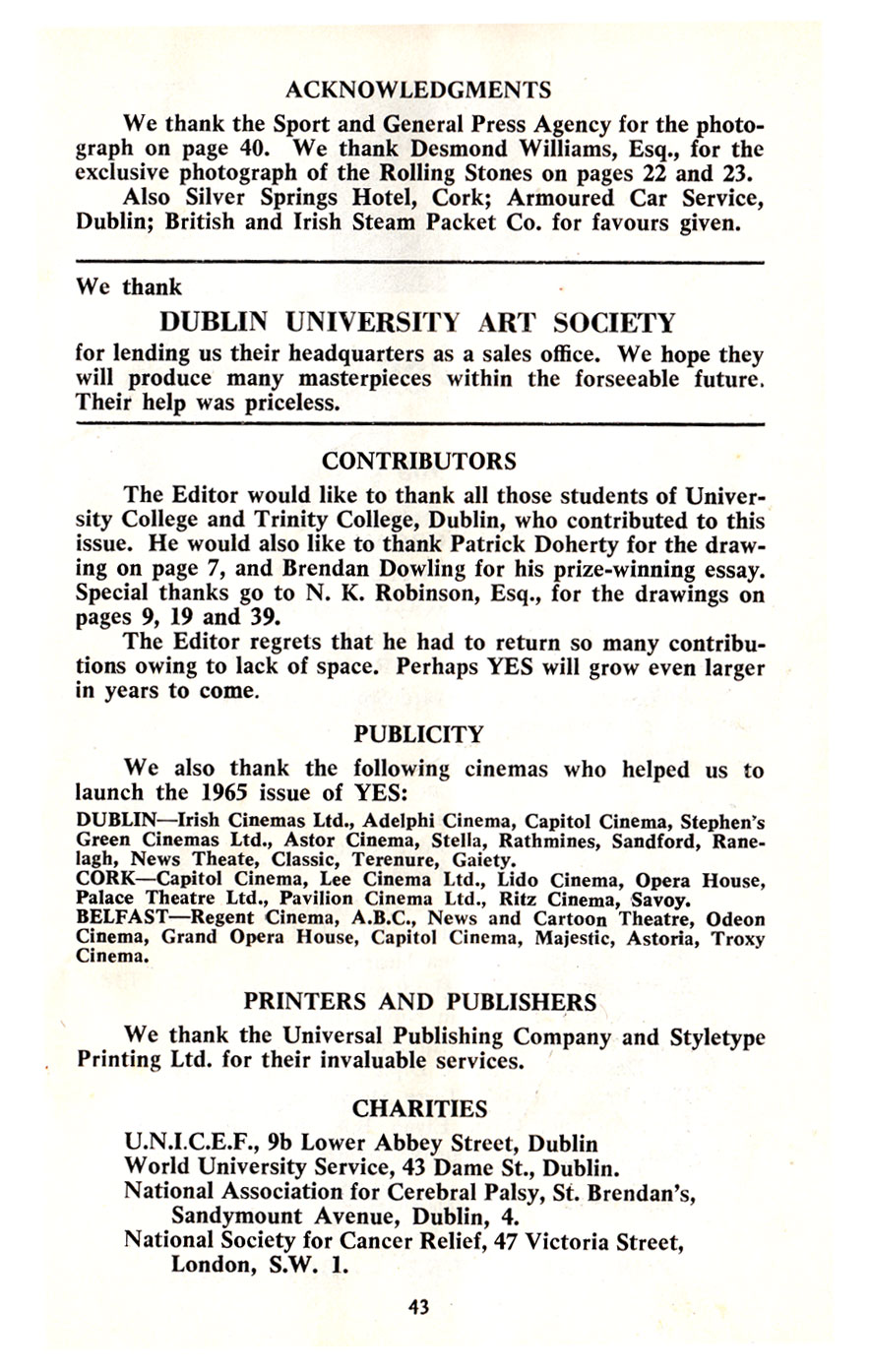