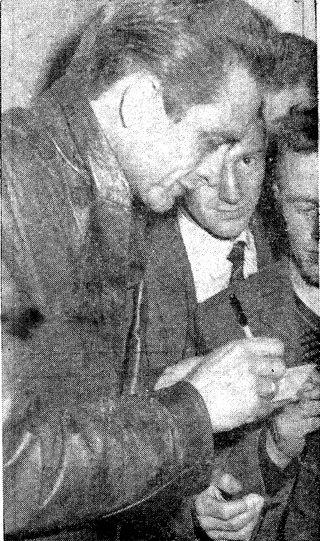 Johnny Cash did a tour of Ireland in October, 1963 which included a gig at the Majestic Ballroom in Mallow, Co. Cork.  Peter Clark did this interview with Johnny after the show. The photos are by Arthur James. In the interview, Cash says his grandfather came from Co. Louth! 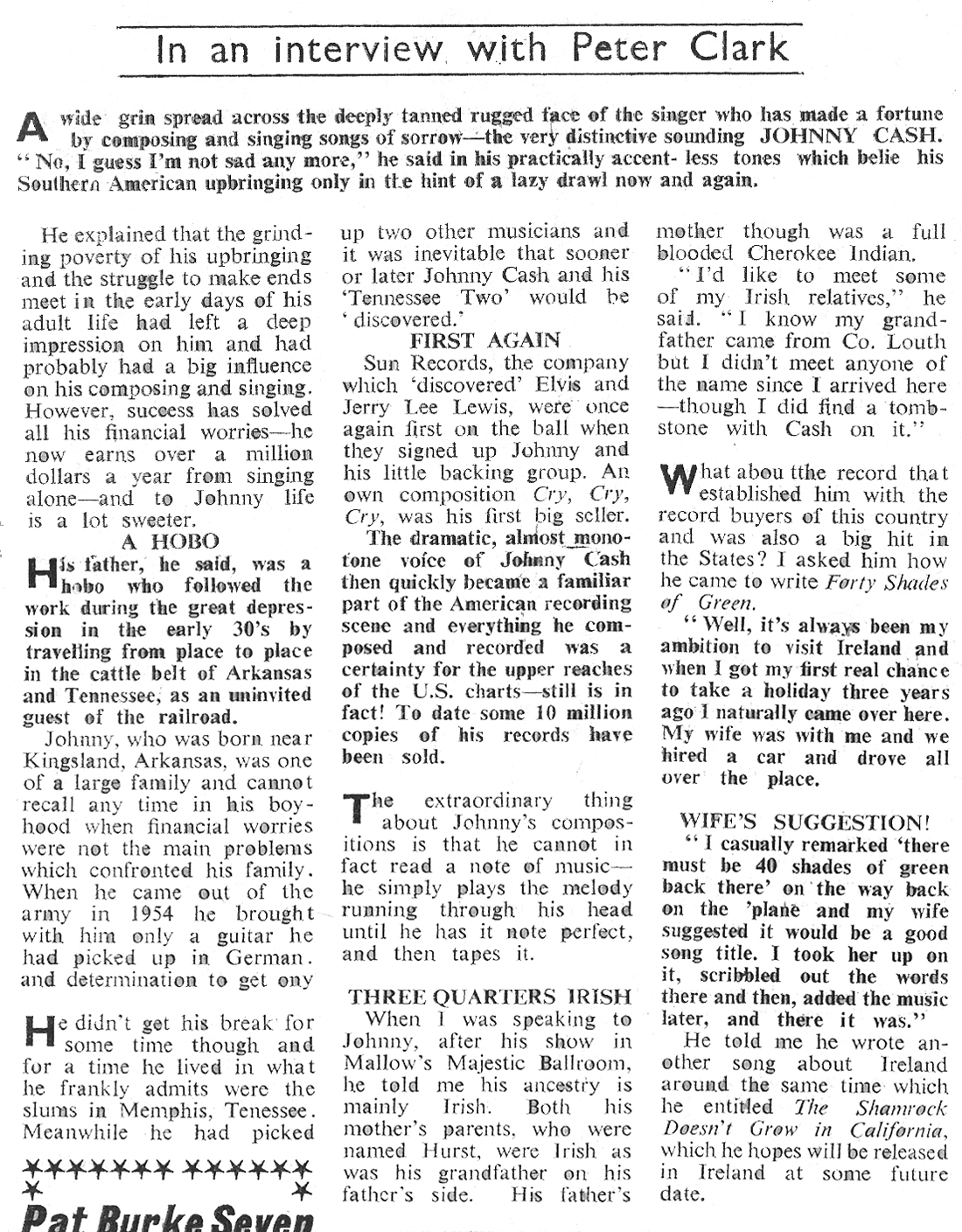 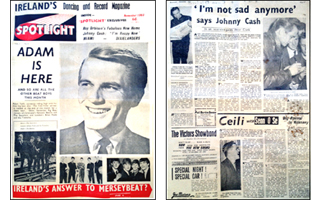 The article was scanned by Brand New Retro from Spotlight magazine, November, 1963.
Spotlight began life in Cork in early 1963. It moved to Dublin a couple of years later and with that the magazine changed size from A3 to A4 and became known as New Spotlight. Johnny is reading a copy of Spotlight in the picture above.
We will soon do a full feature on the original Spotlight for inclusion in our magazine archives.