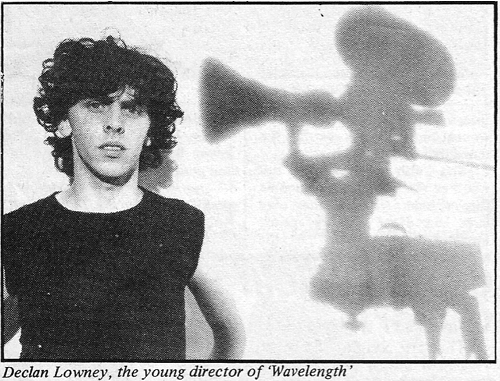 This is a short feature by the late Michael Dwyer on Wexford born director Declan Lowney (who recently directed Alan Partridge, Alpha Papa)  I’ve scanned this from In Dublin, February 1981 when Downey was aged 20 and had just completed his first short film. Photo by Eric Luke. (Declan Lowney on Wikipedia)