Even though I knew he was very ill it was a terrible shock to hear that Phil Chevron had passed away.

Phil and the Radiators from Space were a massive inspiration for me. Television Screen was such an exciting single and their album, TV Tube Heart was never off my record player in 1977. They inspired me to take up an instrument (bass guitar) and a year later, our group NRG played with the Radiators in December, 1978 at the Imperial Hotel, Dundalk.

The first page scan below lists Phil’s fave singles and albums from 1977 and was scanned from Hot Press, December, 1977.

The article below that was scanned from the 40th Birthday issue of the NME in 1992. Written by Phil, he was one of many artists who contributed a short article about their thoughts on the NME at the time of its 40th Birthday. 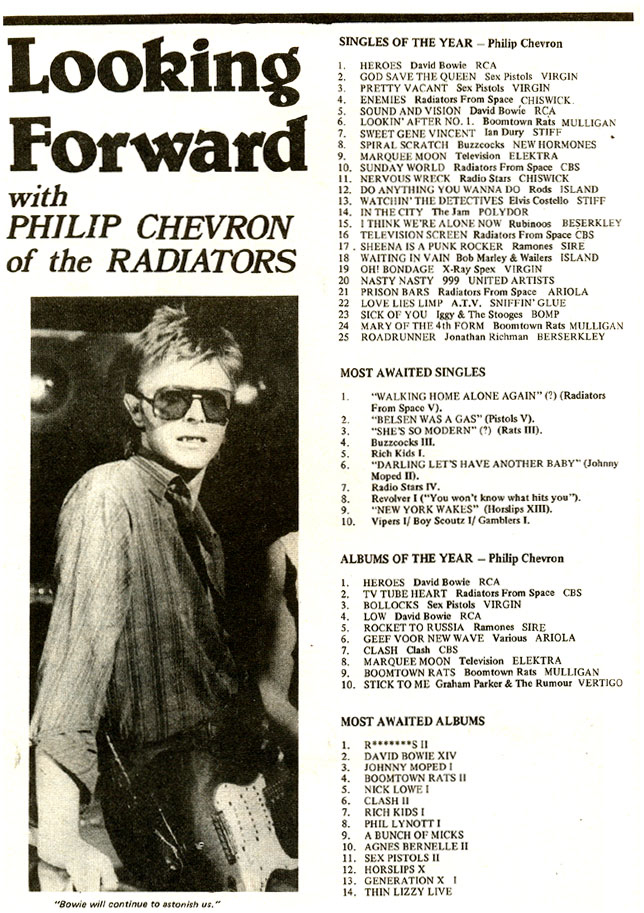 View previous posts related to Phil and the Radiators.