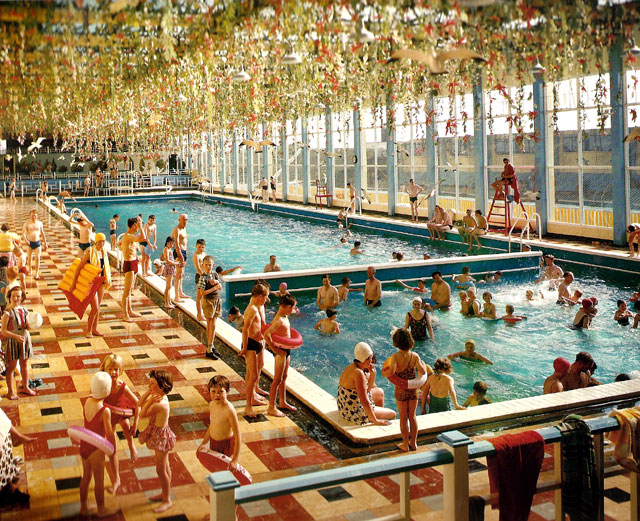 All above photos by Elmar Ludwig except the skating rink photo which is by David Noble and all scanned from the excellent “Our True Intent is all for your delight” book (John Hinde/Martin Parr).

Butlins left a run down Mosney in 1982 when it was taken over by Drogheda businessman Phelim McCluskey. The black & white photos and article below are scanned from a 1984 “Success” magazine called “Success”.

Finally, below is an aerial shot of Mosney from 2005 via Ordnance Survey Ireland. I’ve added the text showing, my recollection, of the whereabouts of the main attractions!