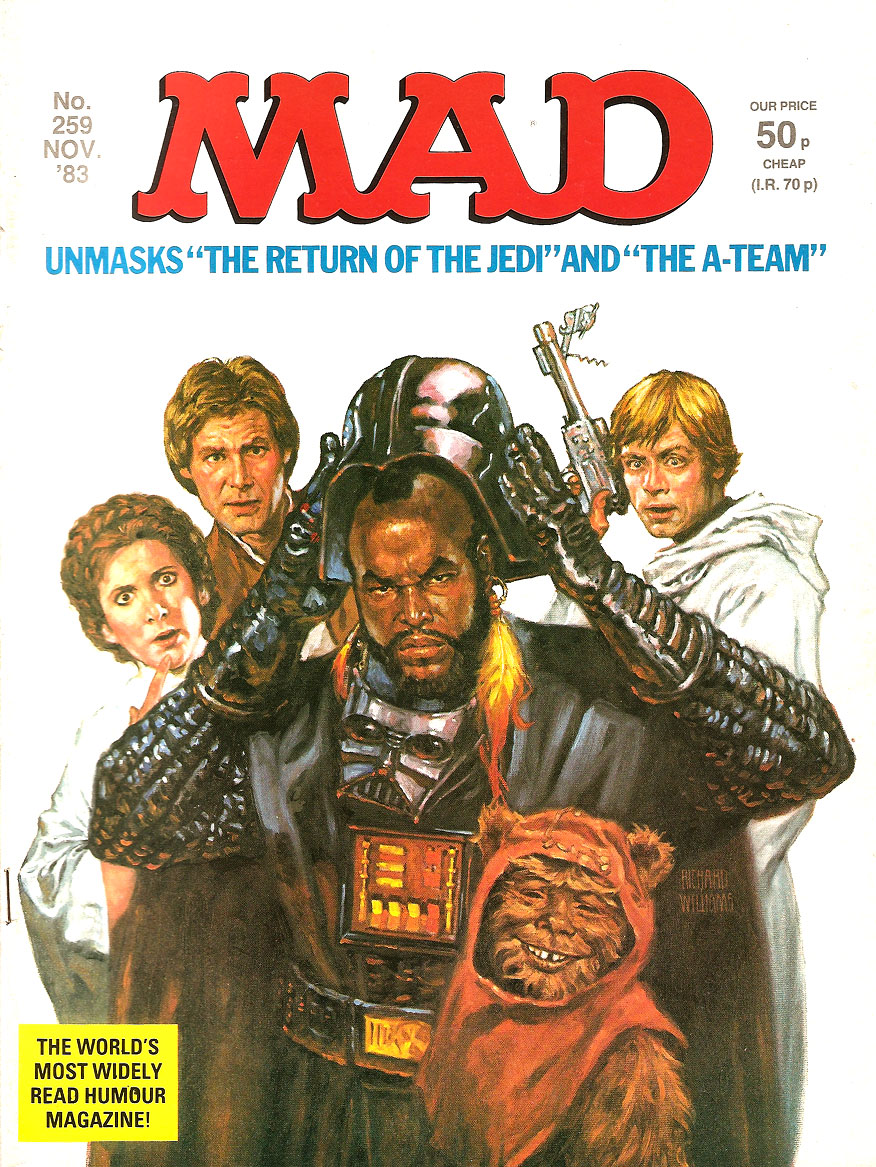 The Beano, Topper, Beazer, Hornet, Cor, Tiger and Jag, Scorcher, Roy of the Rovers these were my favourite comics. One thing they had in common was that they all came from the UK. I never got into the American genre of comics at all. The one American comic, I did love was Mad. It was American, but also published with a UK version. They even had and Irish (IR) price quoted on the cover, 70p in this instance. Looking back through some old issues its amazing to see that there were no adverts at all in any of the issues. Dave Berg was my favourite cartoonist. I also liked the spoofs of topical Hollywood movies. This issue is a take on Star Wars – Return of the Jedi, from November, 1983. 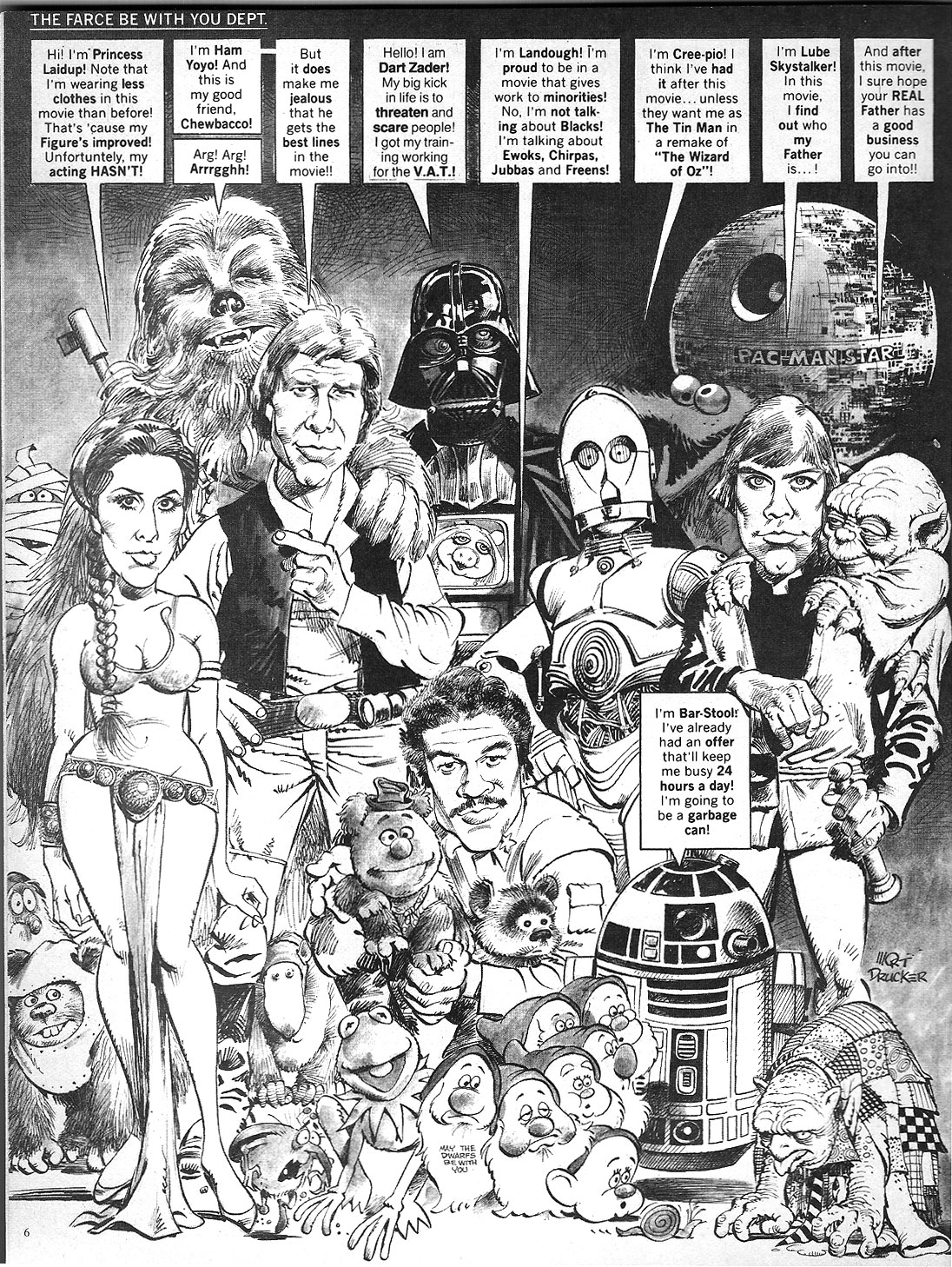