This is the first issue of Yellow Press from late 1991 or early 1992. One old Irish punt for 32 pages, with just a page and a half of ads, this issue lacks the variety and fun of issue 2 which was featured in an earlier post. In one strip (below), Dana Rosemary Scanlon becomes the  Dandy’s Desperate Dan. 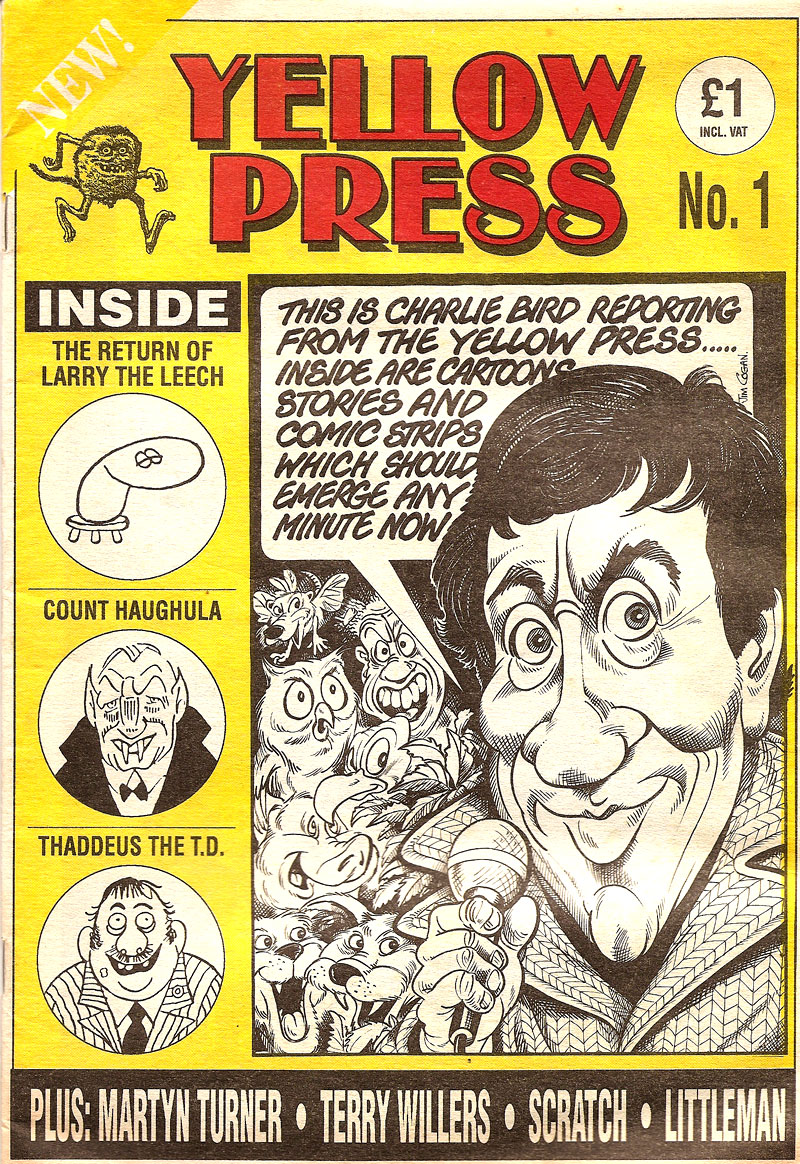