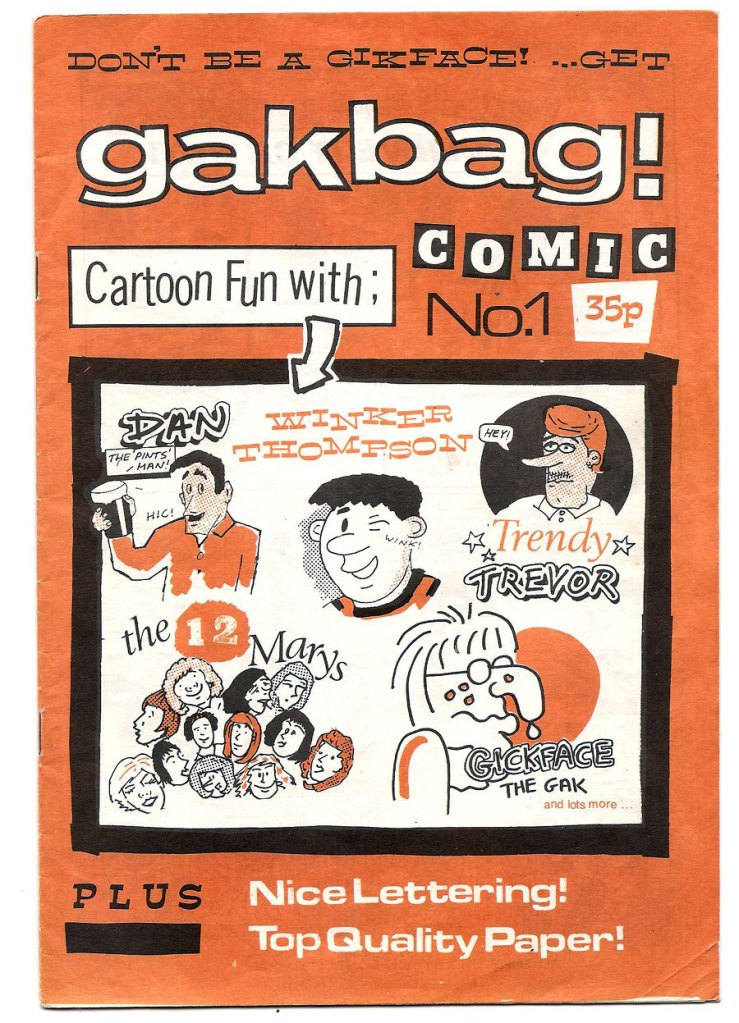 I mentioned Gakbag Comic briefly in an earlier post about Drogheda mag Almost News. This Viz like comic features a lot of strips from its editor, Arthur Mathews and its assistant editor Mick Nugent  I don’t know how many issues were published . I only have this Issue & I guess that it is from 1988.

Tony Clayton Lea also helped out and Trendy Trevors hair was by Andre of Coolock. And doesn’t the main character in Join the Timmies (link below) look like Mario Rosenstock? 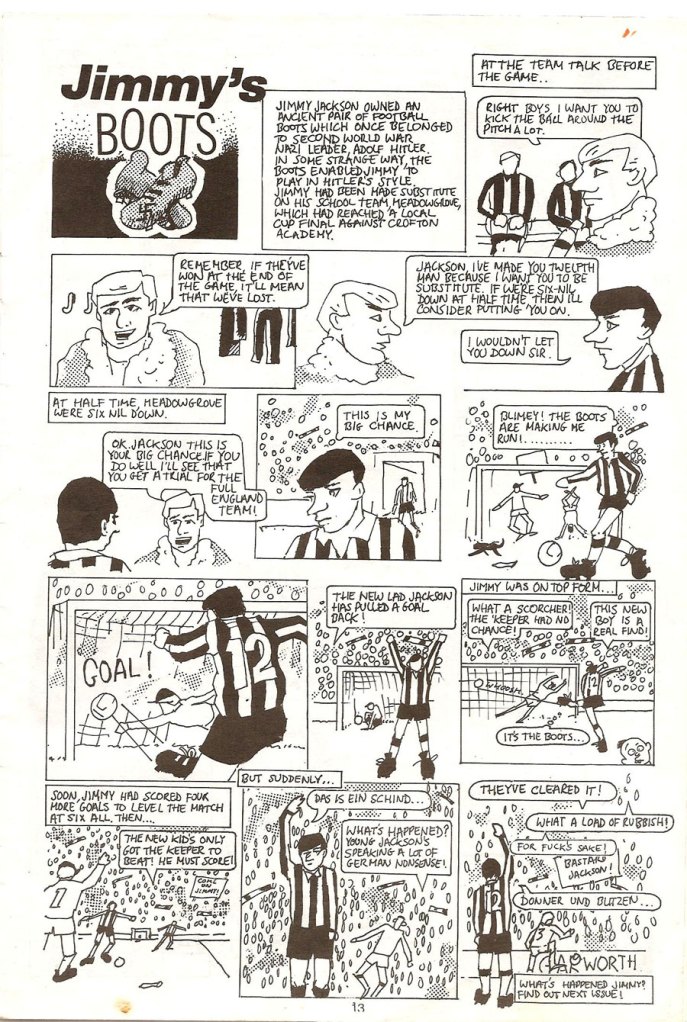 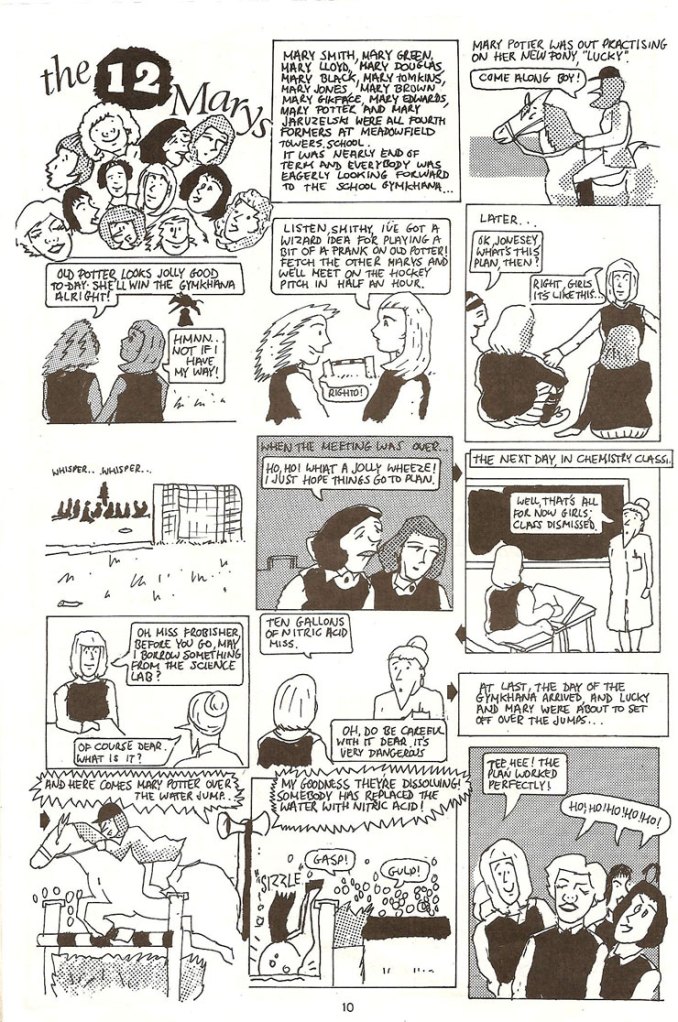