Many years after fanzines  Too Late & the subsequent Jump hit the streets in Dundalk, our neighbours in Drogheda produced a ‘monthly magazine’ in 1985 called Almost News. I have issues 1 & 2 both from early 1985. (see front covers above) I believe one further issue may have been published.

A lot of the people involved with it have gone on to much better things. Tony Clayton-Lea (now with the Irish Times) was editor, assisted by Shane Harrison (now with BBC) & Kelly Fincham (now a US college professor in journalism), Arthur Mathews (Fr Ted, Alan Partridge, Hippies, Fast Show & more) was design editor,  Paul Eustace (later worked for UK style maga i-D) and Enda Murray (now in Australia & at the time a helpful guru on the local music scene) were some of the others involved.

Between our own fanzines and groups (NRG, Scheme & Choice) we would have had some earlier dealings with Tony & Enda.  Something which fits in nicely with the mood of this blog is this beautiful short piece on YouTube by Enda which celebrates Drogheda, his late mother and cakes.

A number of the cartoon characters created by Arthur & published in Almost News, like Trendy Trevor & Dan the Pints Man, were later featured in another publication Gakbag Comic. I have a copy of Gakbag so I’ll do more on it in a future post. But for now, here are links to open a selection of scanned pages from Almost News. 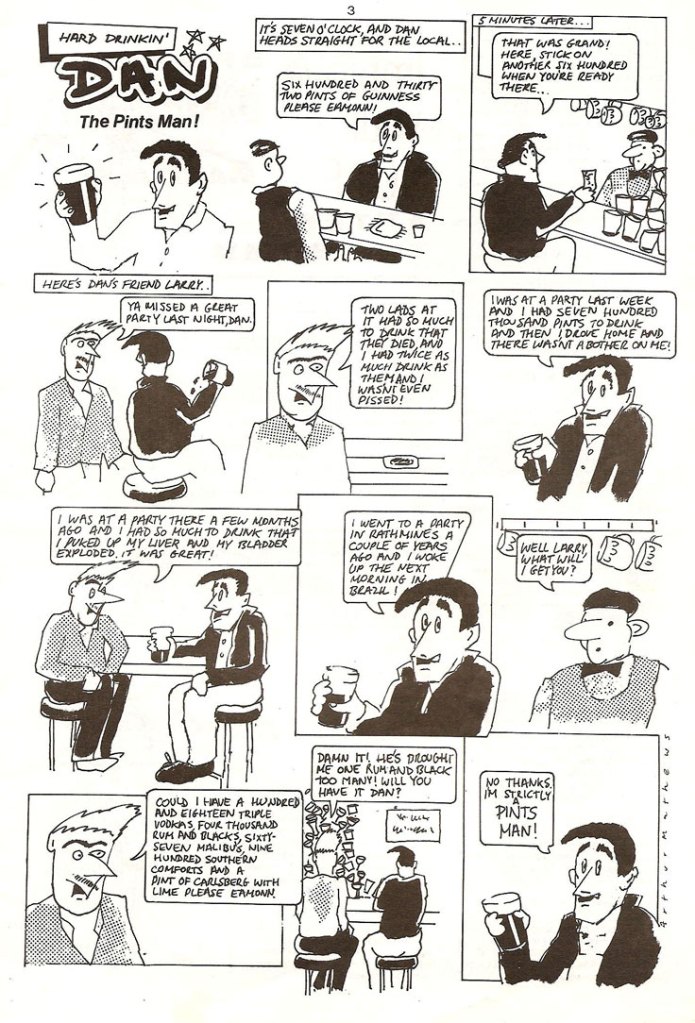 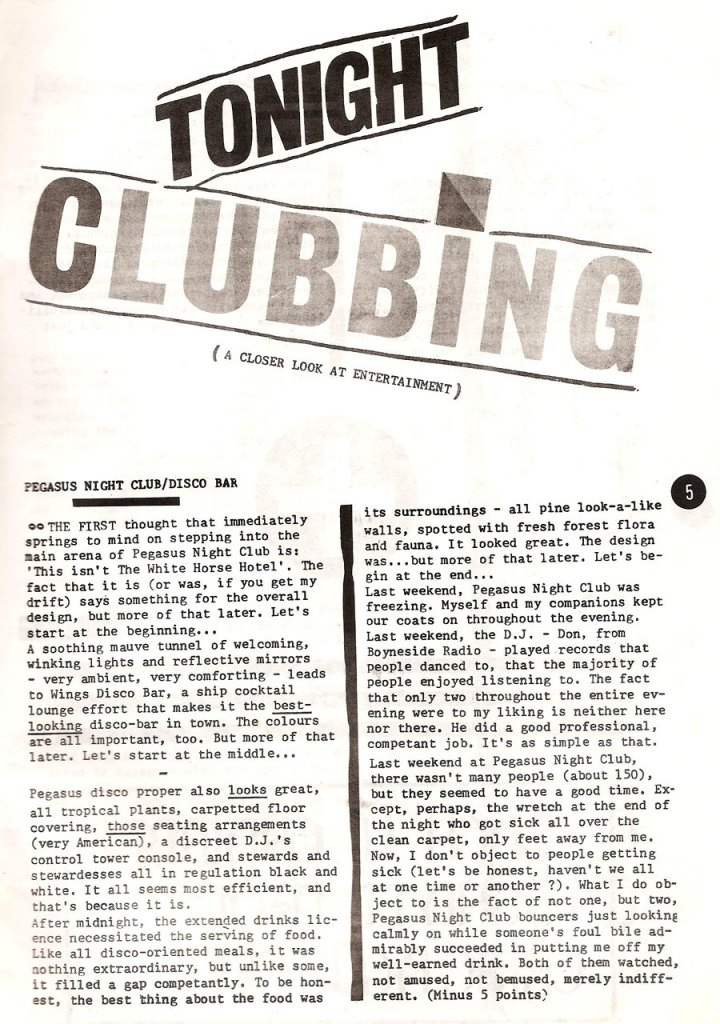 Brush Shiels and the Lala-Bike, Christmas 1986