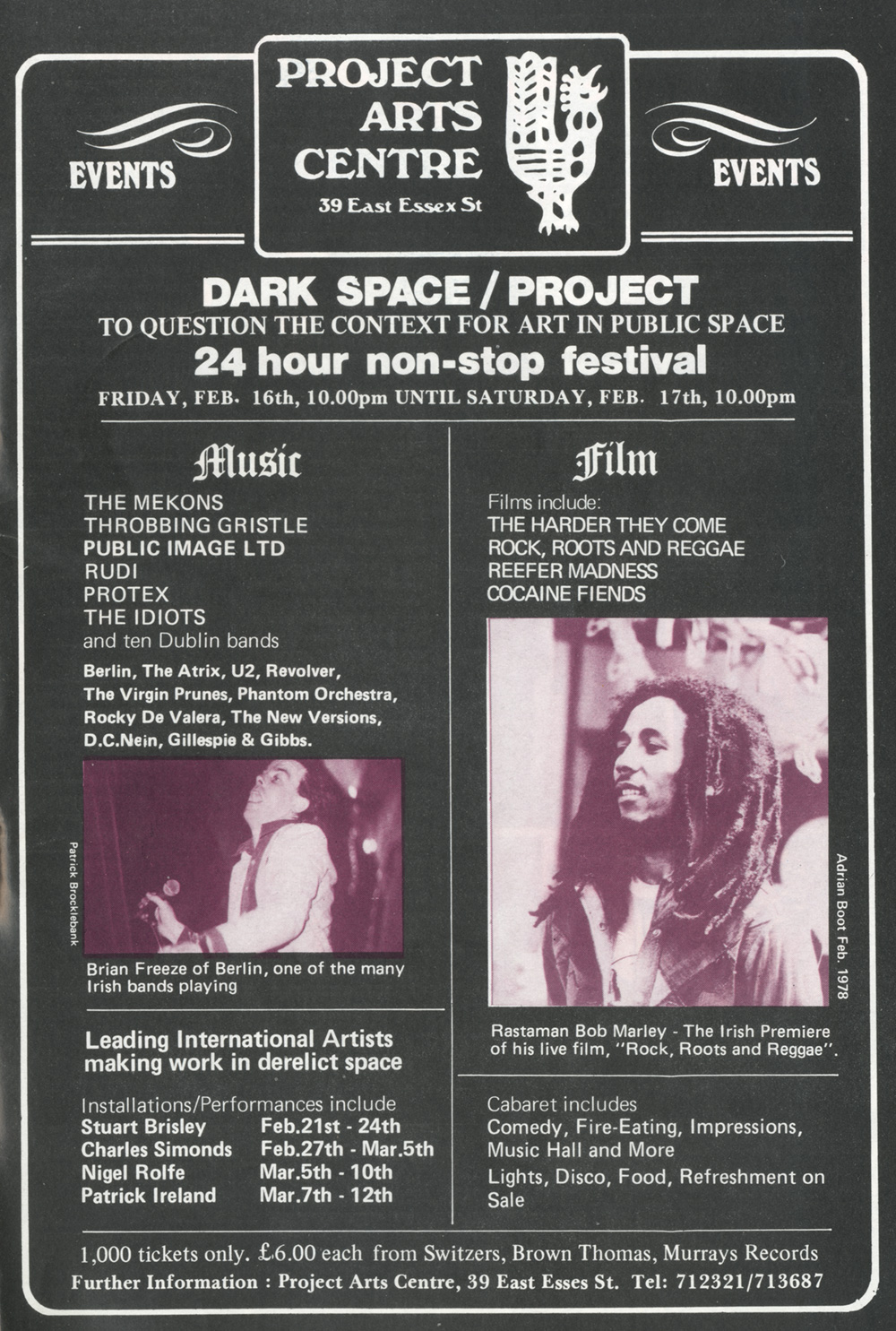 This is probably my favourite cover of In Dublin magazine. It’s from Feb 1979 with an illustration by Patrick Brocklebank. Cover star John Lydon is holding up an In Dublin magazine with a cover featuring Bob Dylan. The Dylan version was planned to be the cover for but then Lydon’s Public Image Ltd announced a Dublin gig resulting in Dylan getting bumped.
Proper order too.
And it was no ordinary gig that Lydon and PIL were scheduled to play. It was “Dark Space’, an ambitious 24 hour indoor music & film festival at the Project Arts Centre.
PIL later pulled out of the gig, as did Throbbing Gristle forcing the Project to reduce admission price from £6 to £4. About 800 people attended the festival which ran continuously from 22:00 on the Friday night right through to Midnight on the Saturday 17th February. There were 2 stages for music, U2 still without a record release played 2 sets. Other acts included Rudi from Belfast, Virgin Prunes, DC Nien, The Attrix and the Mekons from the UK. Movies were shown right through the festival but  the cinema audio was often drowned out by the sound from the music stages.

No Ticketmaster or Eventbrite back then, though you could buy your tickets in Brown Thomas of all places.

This was a brave ambitious event by the Project Arts Centre, one of the few places in the late 1970s which provided a space to perform for upcoming young punk inspired bands and artists.