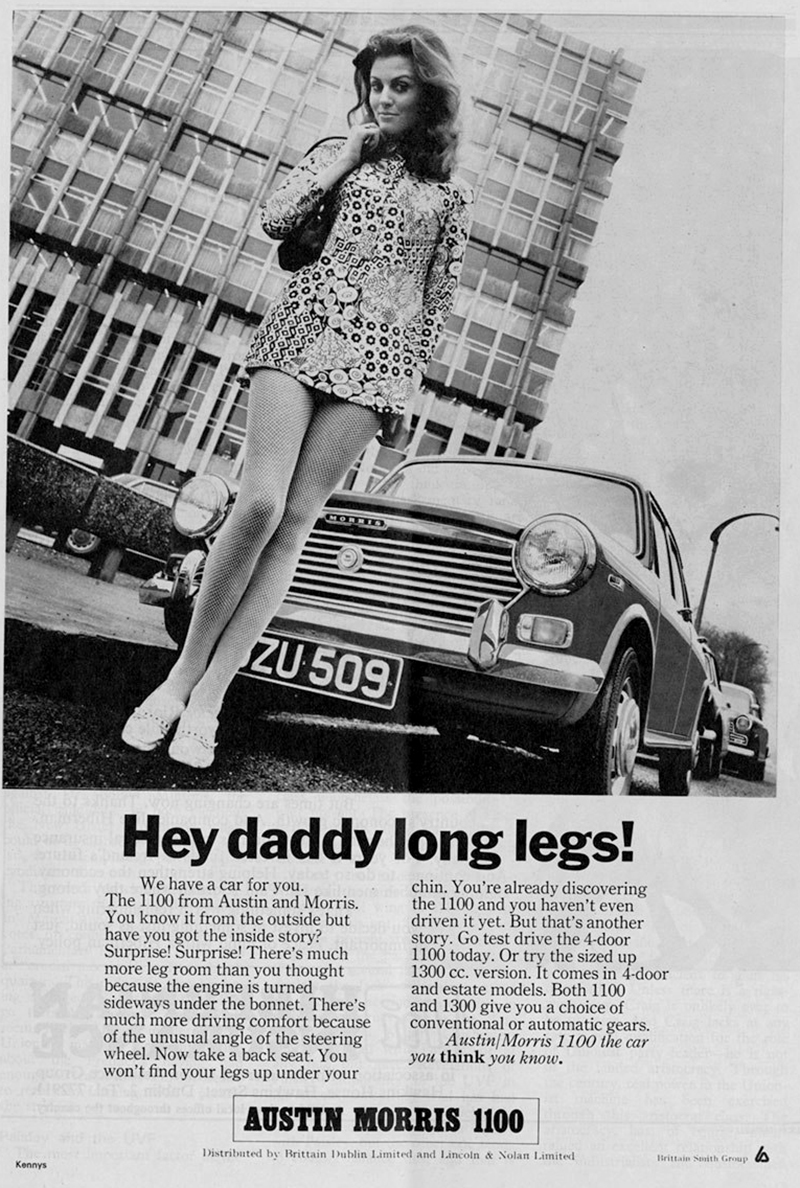 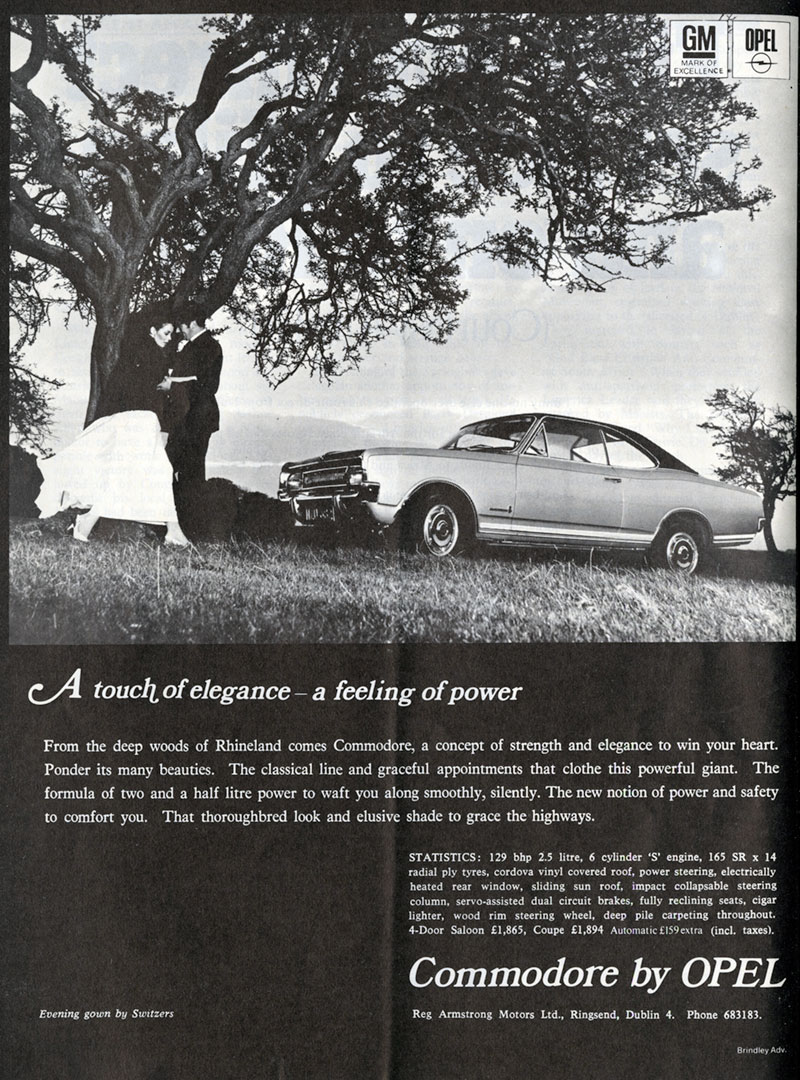 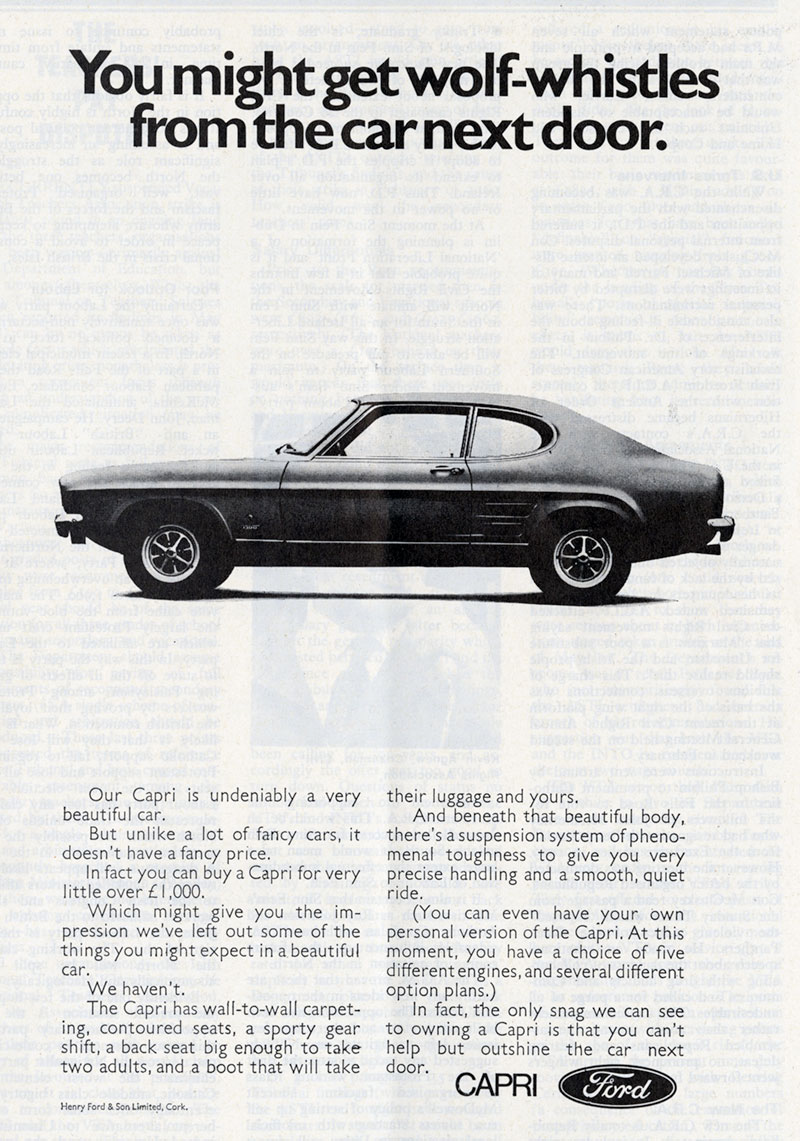 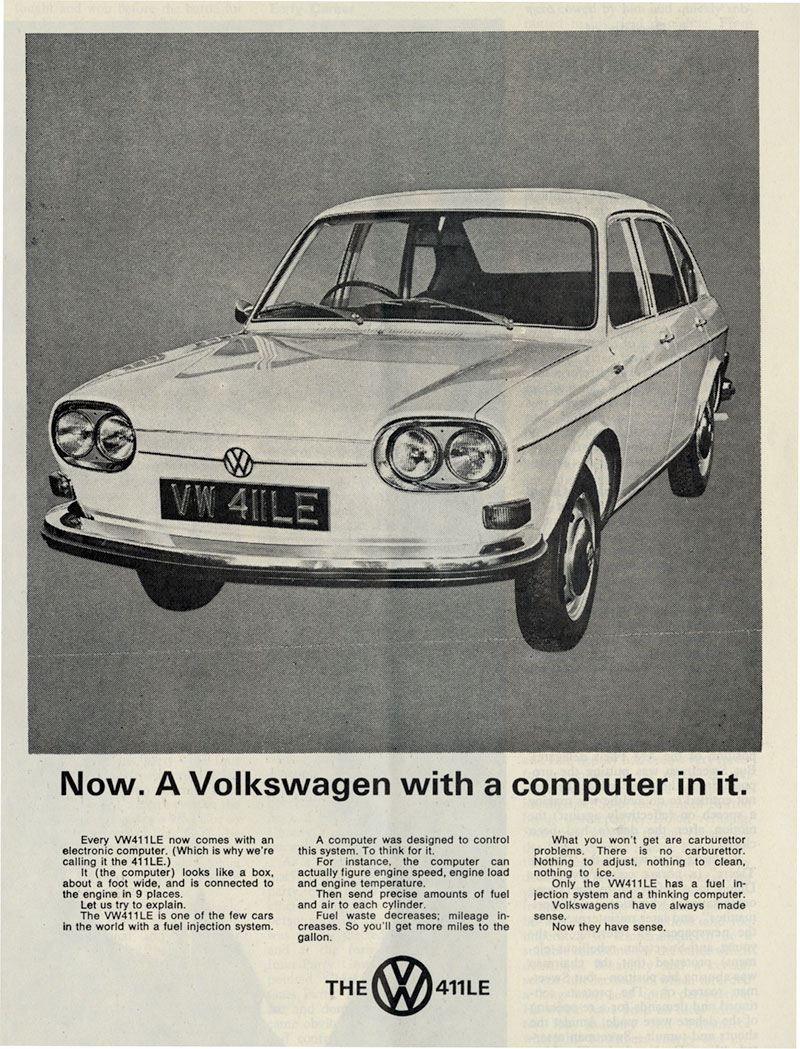 We’ve scanned all the above adverts from the April 1970 issue of Irish political monthly Nusight.

The Austin Morris advert by Kennys  is photographed outside the then recently constructed (and now in 2016 with planning permission to demolish) Fitzwilton House, Wilton Place, Dublin 2.