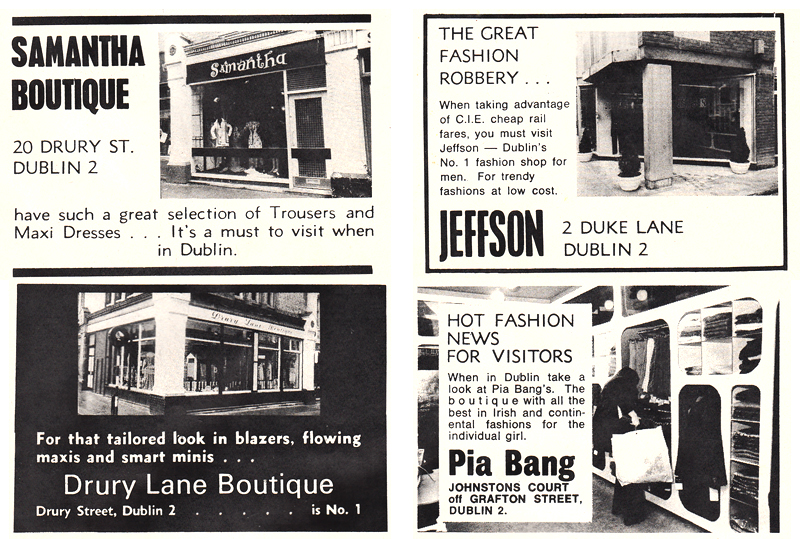 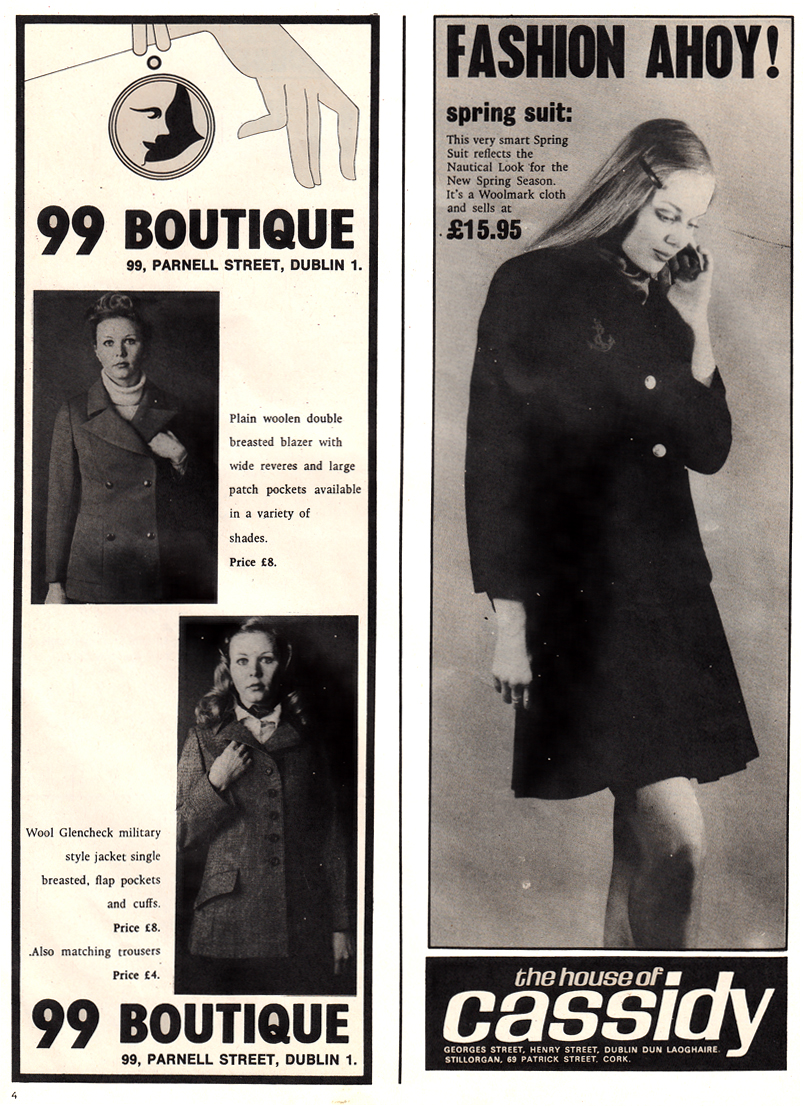 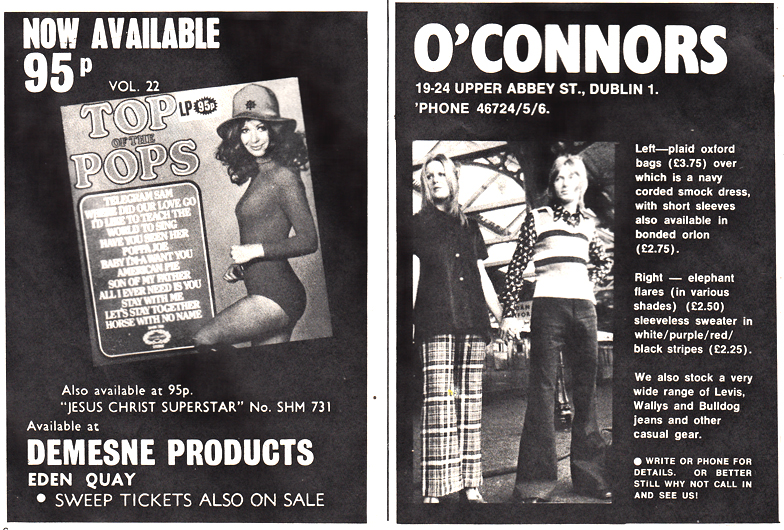 All of the above scanned from a supplement published by New Spotlight in March, 1972 aimed at young people travelling to Dublin for the weekend using CIE’s Great Train Robbery offer of cheap weekend return train fares.

One of the boutiques mentioned, Pia Bang, had opened for business 6 years earlier. We’ve included a scan of a feature about its owner from 1967 (scanned from Womans Way Jan, 1967 )