On the 5th & 6th October of 1969, Desmond Dekker (RIP) performed at the Palm Beach Ballroom Portmarnock  and at The Crystal Ballroom, South Anne St, Dublin.  (which later became McGonagles). Earlier that year, he scored a UK number 1, an Irish no 7 and a US no 9 hit with his song Israelites.

Whilst in Ireland, he  fitted in time for this fashion photo shoot for New Spotlight with photos taken in the Phoenix Park by Roy Esmonde.  The clothes came from Penneys and were modeled by Desmond along with Mary Kelly, who according to the associated feature ( see below) had just been chosen Miss Ireland 1969.  The bikes are Yamaha 125cc. 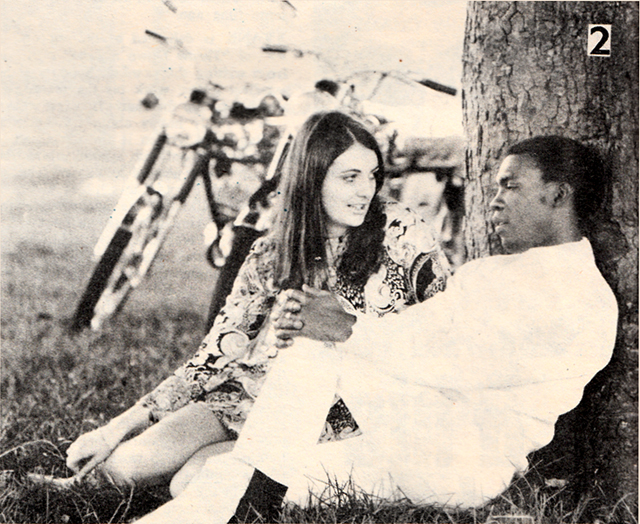