Scoop was a weekly comic from the UK in the late 70s/80s. It was like a mixture of Shoot (photos and articles) and Tiger (comic stories – not all soccer – see the Goalie’s got guts example below). This issue from November, 1979 had a strong Irish presence.

The cover star was Pat Jennings.  A natural who did a great job without making a fuss. A hero of mine and one of the all time greatest goalkeepers in the world. Pat played GAA outfield as a youngster.

Also in this issue was 24 year old Tony Ward who got a 2 page feature as well as a cut out sports star card. The action photo of Ward kicking at Landsdowne Road in 1978 is not from Scoop. Its a great photo from the Irish Rugby Scrapbook 1982 by Edmund Van Esbeck which I’ve sneaked into this post.  Photographer not credited but likely to be Peter Thursfield, Irish Times. 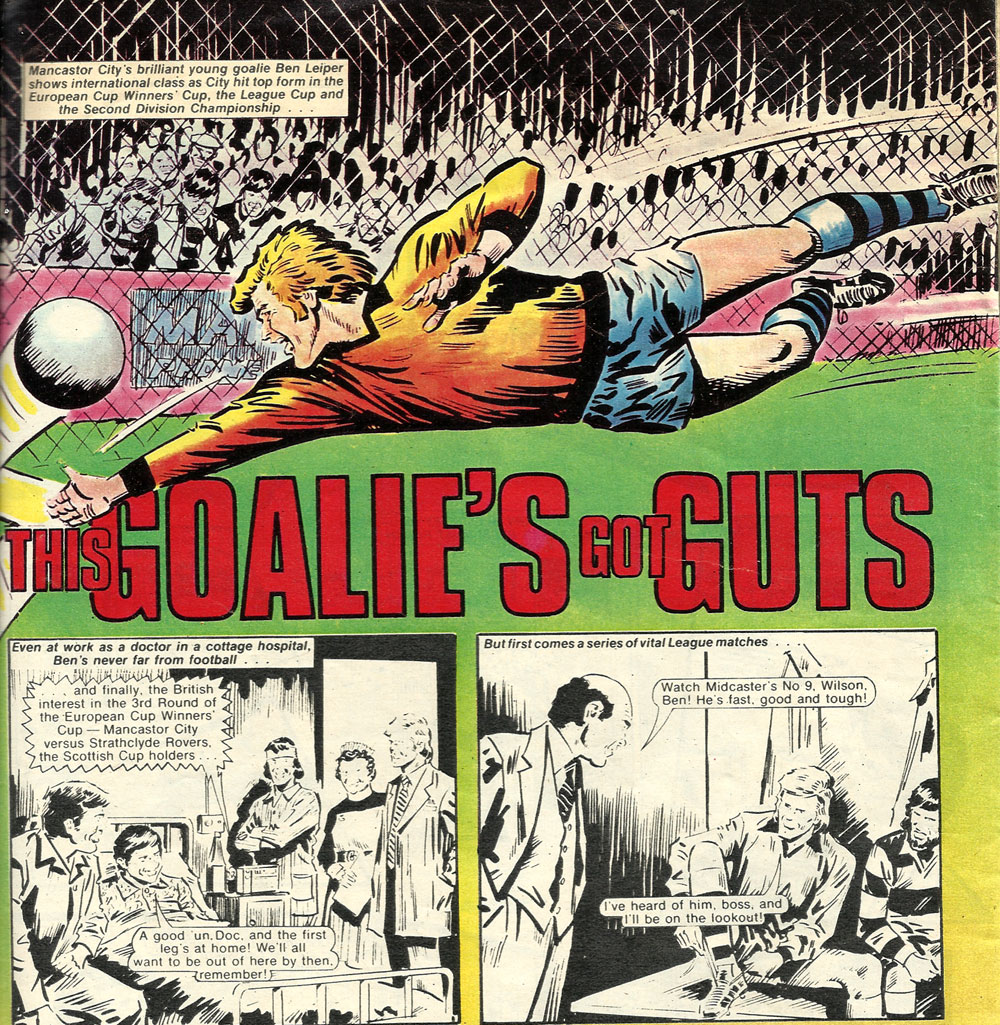