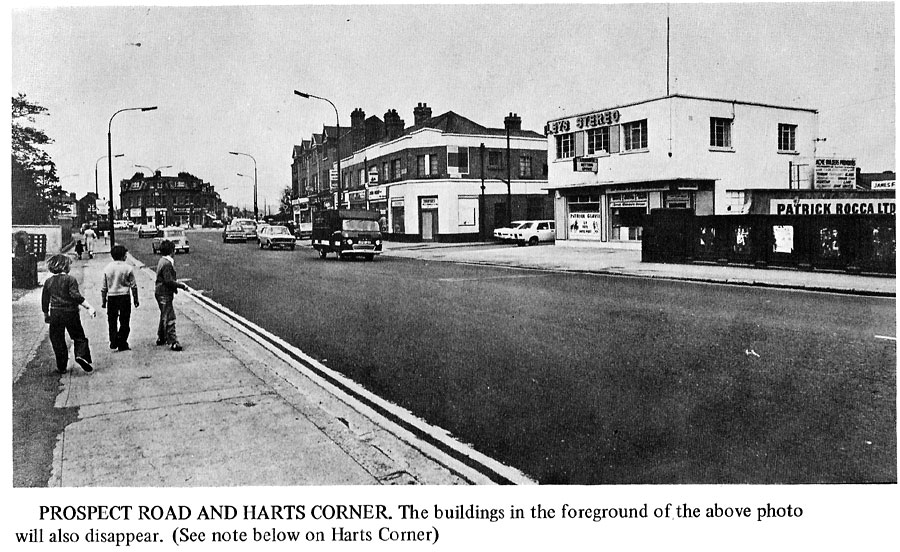 All above photos scanned from the 1976  book “Hands off Dublin”. Written by Deirdre Kelly it dealt with the potential impact of road plans on Dublin city.
This is just a selection of the photographs taken by Pat Langan.
Pat beautifully captured the curve on the road down Prussia St.
Also love the pic of the bike shop at Cross Guns with the young man (Pat Kenny lookalike) carrying his record player.