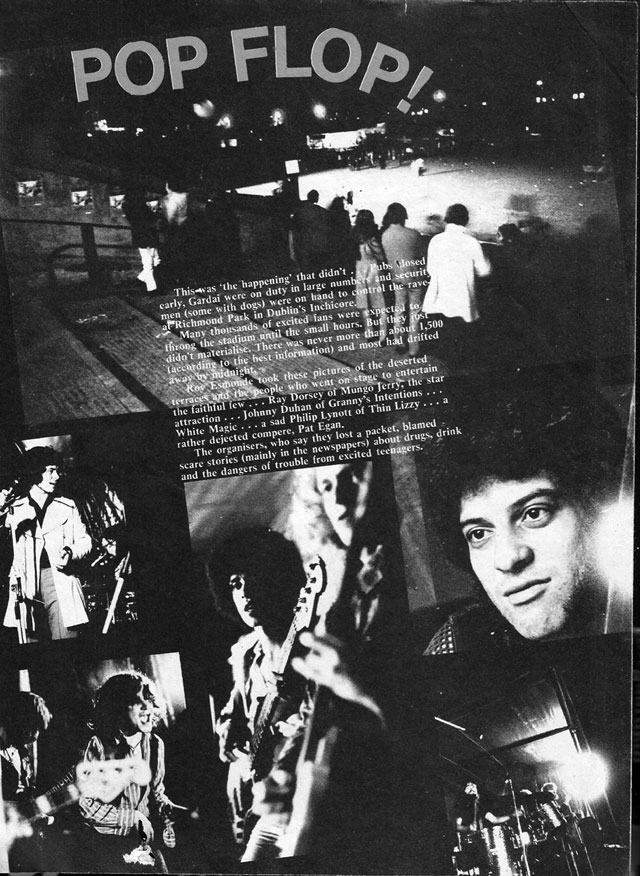 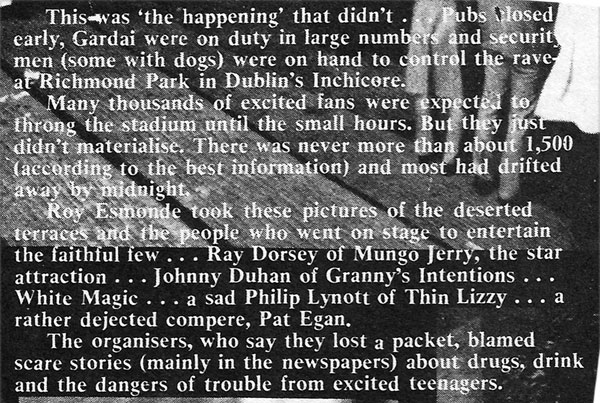 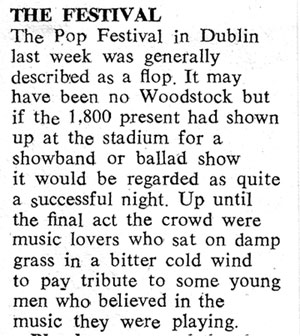 UK band Mungo Jerry just had a  massive summer hit with their “In the Summertime” and a week earlier, the Isle of Wight Festival attracted over 600,000. Thin Lizzy were also on the bill.
But this event, probably Ireland’s first open air rock festival,  at Richmond Park, the home of St Patrick’s Athletic FC, attracted less than 1500!
As the above scans (from New Spotlight) show, it was the happening that never happened.
The main article features pics by Roy Esmonde & The bottom scan Festival is from Pat Egan’s column.