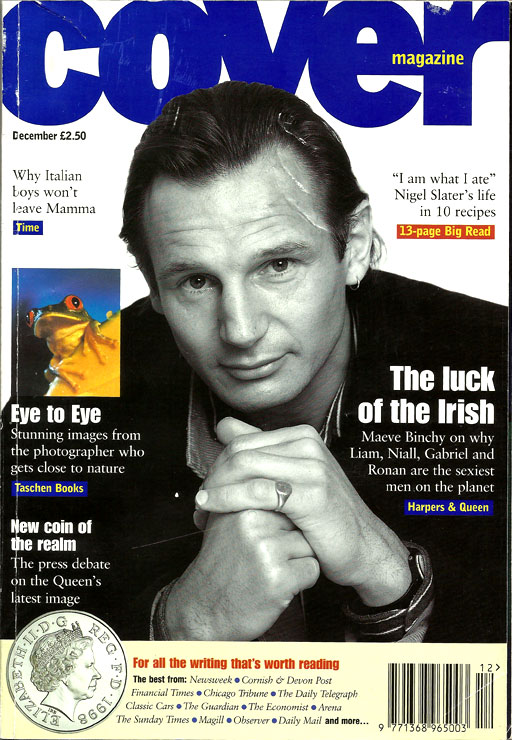 For all the writing that’s worth reading was the tag line for this UK Mag, which amalgamated & published media articles from around the world. This is issue 3 from 1997. Not too sure how many issues it lasted for but I think it folded by the end of 1999.
Issue 3 had a story by actor Gabriel Byrne taken from Magill magazine and below is Maeve Binchy’s  article on Sexy Irish men, taken from Harpers & Queen. 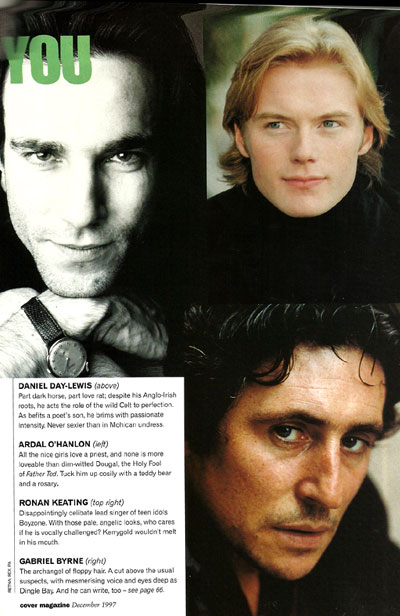 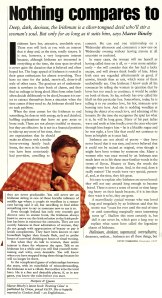 And here is the Gabriele Byrne article which was sourced from Magill magazine.

The City that Time Forgot – Dublin Hippies – The Face 1990