This long defunct weekly Irish Sunday tabloid newspaper was printed and published by the Irish Times in Westmoreland St, Dublin.  Wikipedia simply states that the paper ran from 1957 to 1963.  My mother remembers it and says it was quite popular. Anyone else with more info on this paper?
I’ve scanned in the front cover and the main story about an  86 year old Sligo man who recently became a father for the 22nd time.
The Cadbury’s Irish Rose advert below is a also a scan but the other pages are just photos to give an idea of the paper’s content. (Rovers losing to Shels!) And of coure, there was our post on the TV Competition from earlier this week which was taken from this same issue. 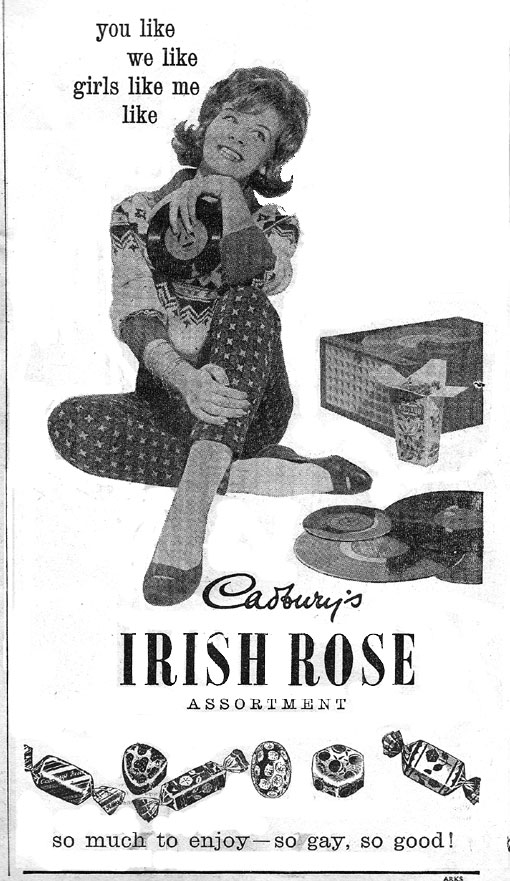 Related Post:  An article from this same issue of Sunday Review – Vote in TV Contest

Irish Rules of the Road, Booklet 1967