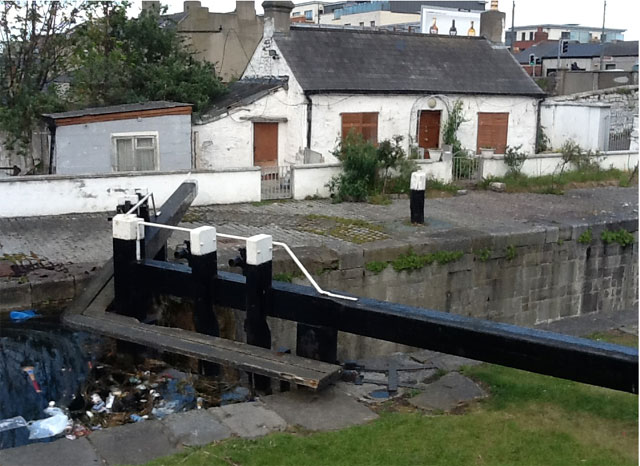 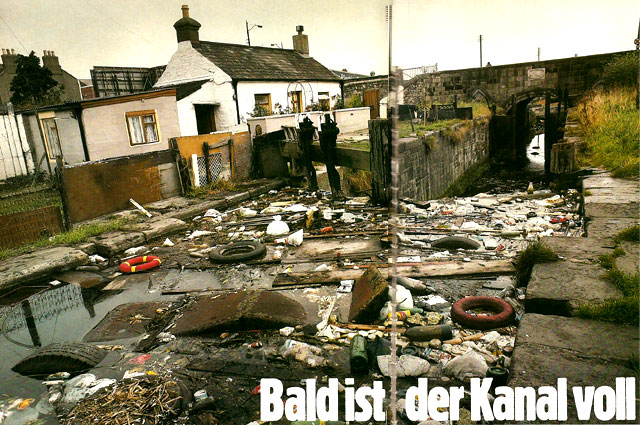 Then: Newcomen Bridge, scanned from a German magazine called Geo from 1986.

Two Canal boats came through the Lock here last Saturday. Despite the presence today of some cans, plastic bags and a hurley the Royal Canal looks great and is very well-kept.

When U2 played with the Scheme – Dandelion Market – Sept 1979