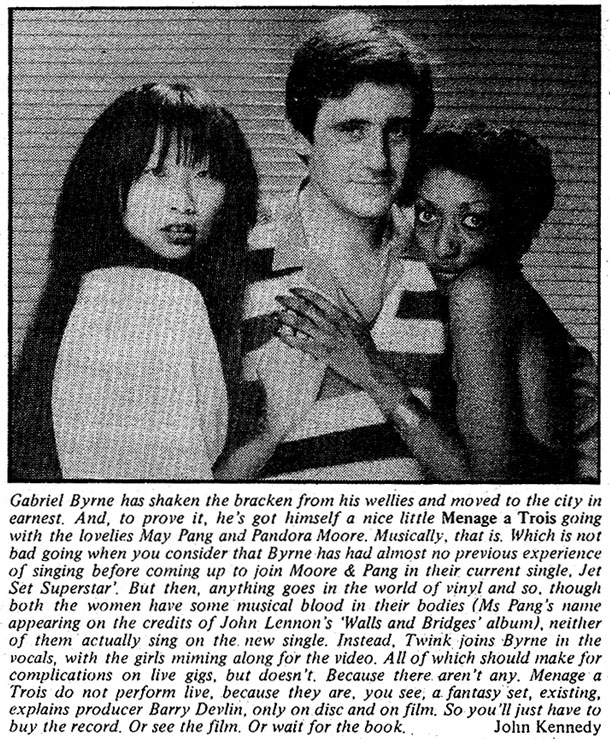 This is from In Dublin magazine, October 1980, just 6 weeks before John Lennon’s death.

May Pang was John Lennon’s girlfriend in 1973 for about 18 months.  In 1989, she married legendary producer Tony Visconti.

According to the article,  the group “Menage a Trois” recorded a single “Jet Set Superstar” with Byrne and Twink on vocals. Pang & Moore didn’t sing on the recording but mimed along on the video!  Was this song ever released? Is there a video? I can’t find this photo or anything else about the single or group on the web.

One thing, I did find though, was an interview from 2010 with May Pang where she talks about meeting Byrne in Ireland in 1980.  The interview (extract below)  is with examiner.com. The Iain she refers to, was Iain MacMillain, the Scottish photographer who shot the cover for the Beatles Abbey Road album.