“In Dublin” magazine celebrated its 10th anniversary in April, 1987 with this issue. 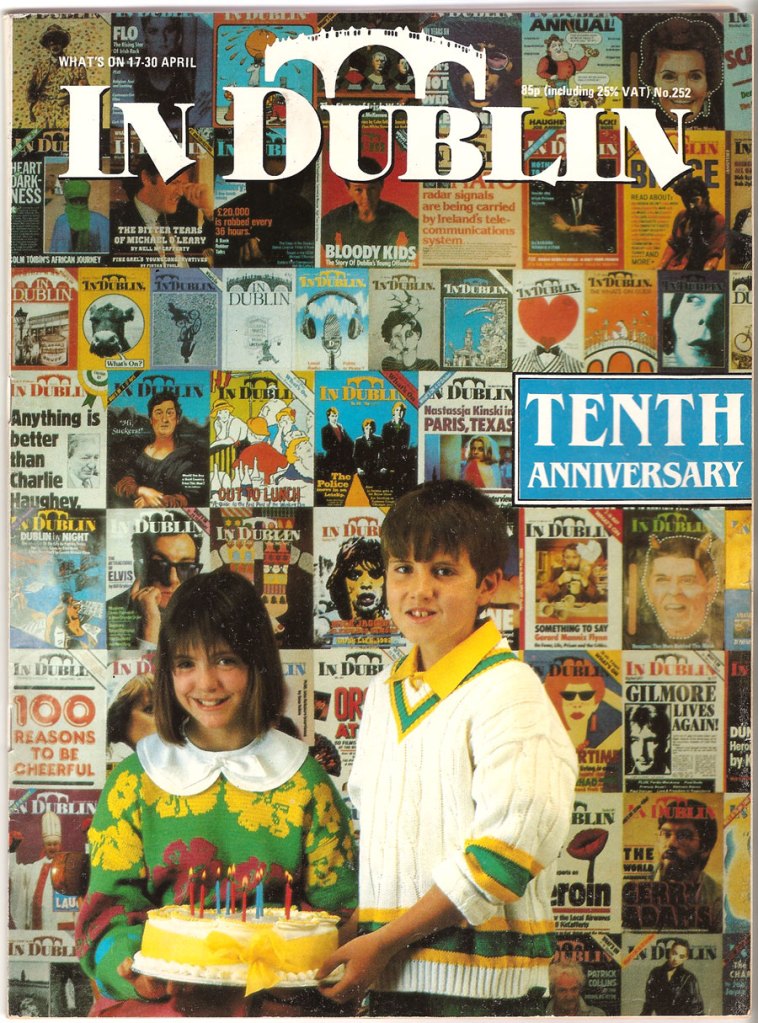 I’ve scanned in all 3 pages from its “Under the Bridge” section as it does a brief review of its first 10 years.
I’ve also included Paul Webb’s nightclub column and a page of adverts for Dublin Health Studios. Back then, the Cameo was under new management with new staff and unhurried attention. 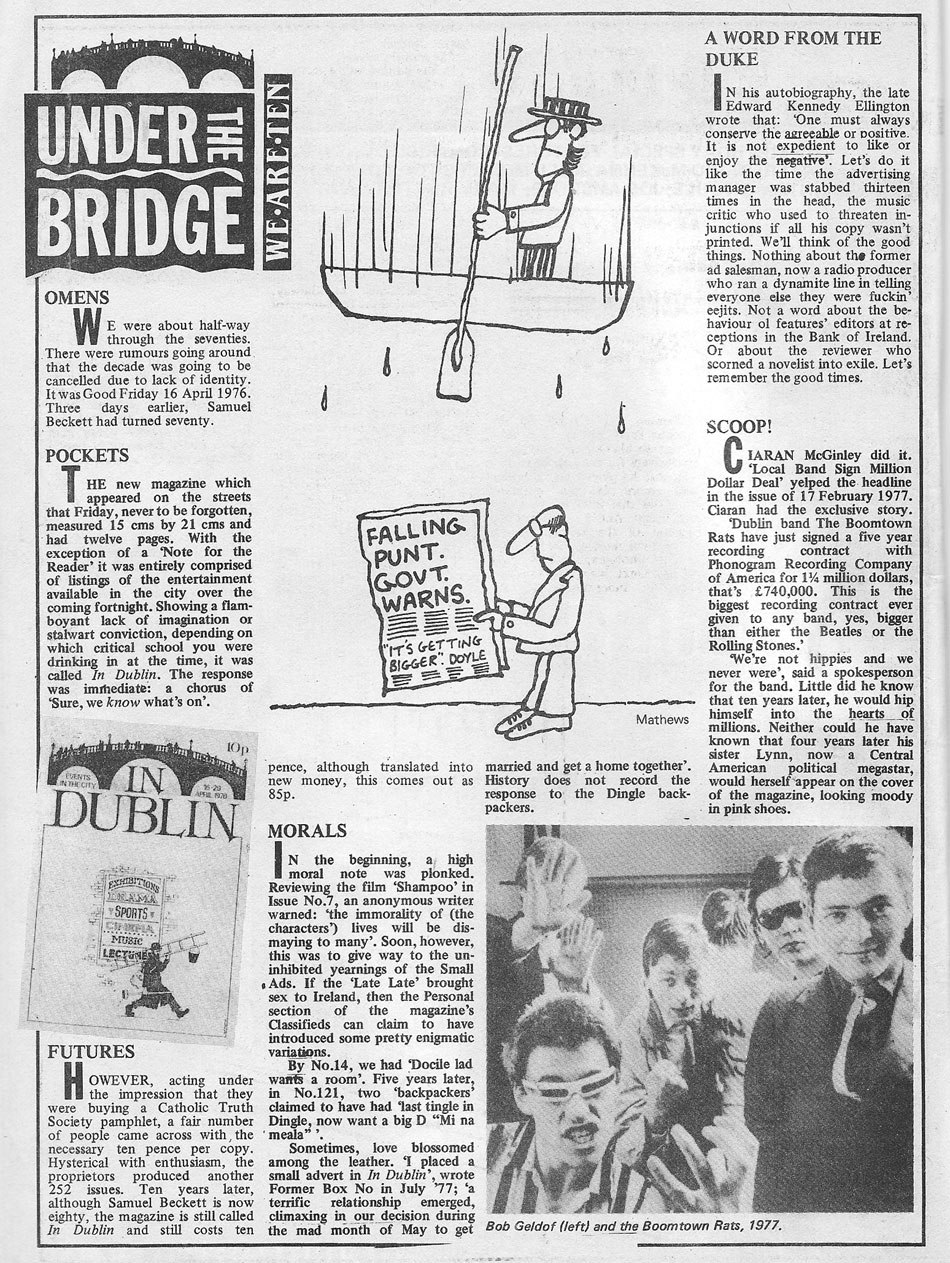 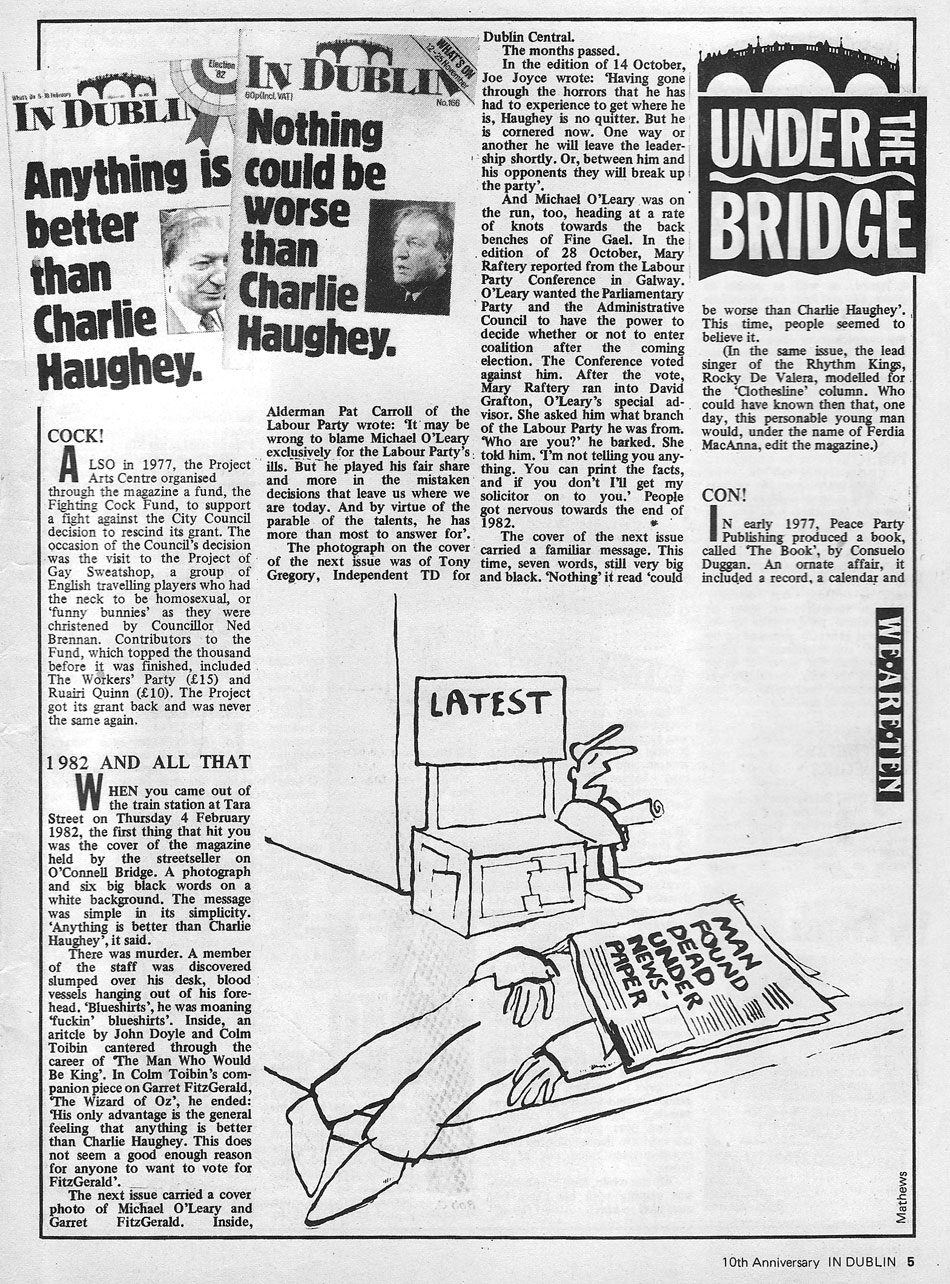 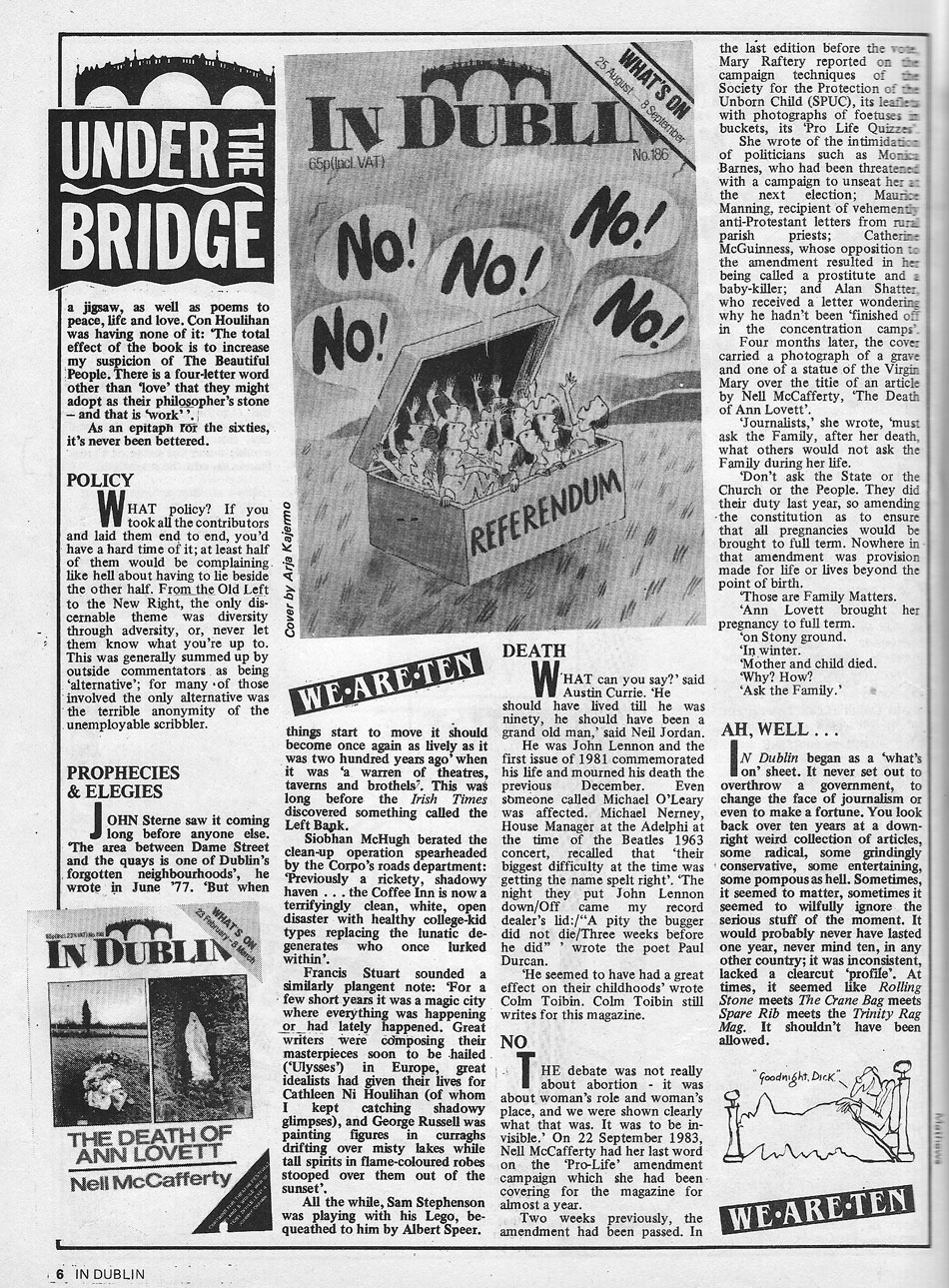 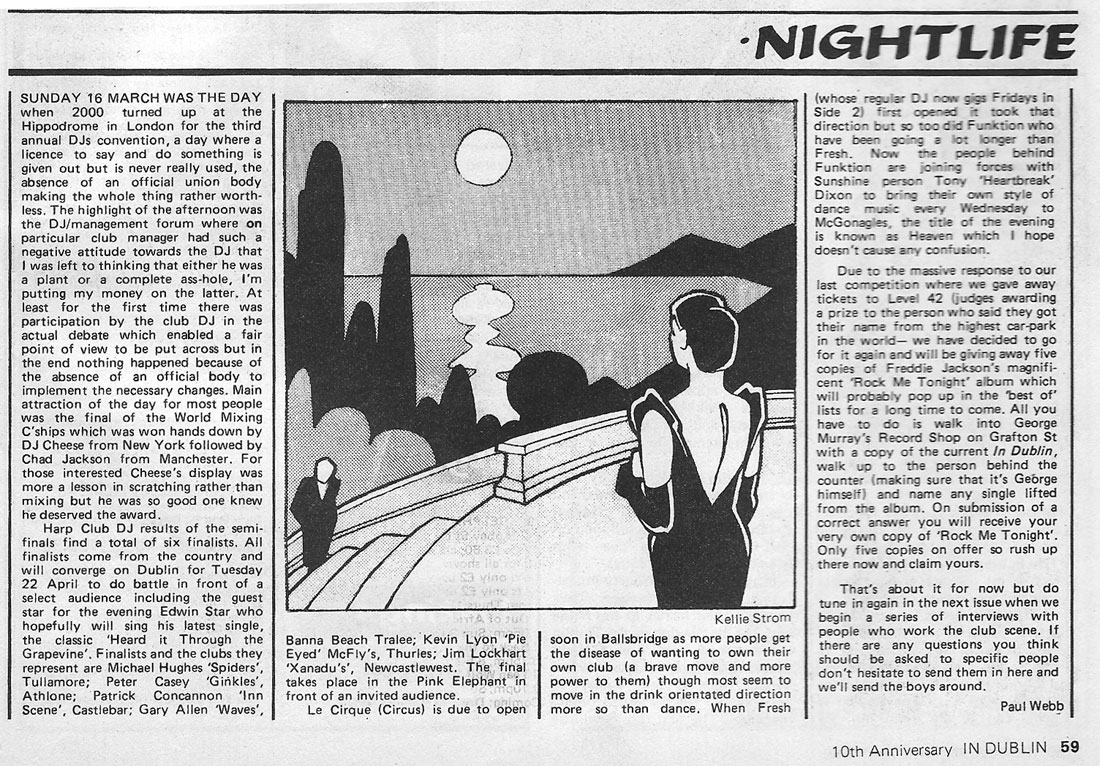 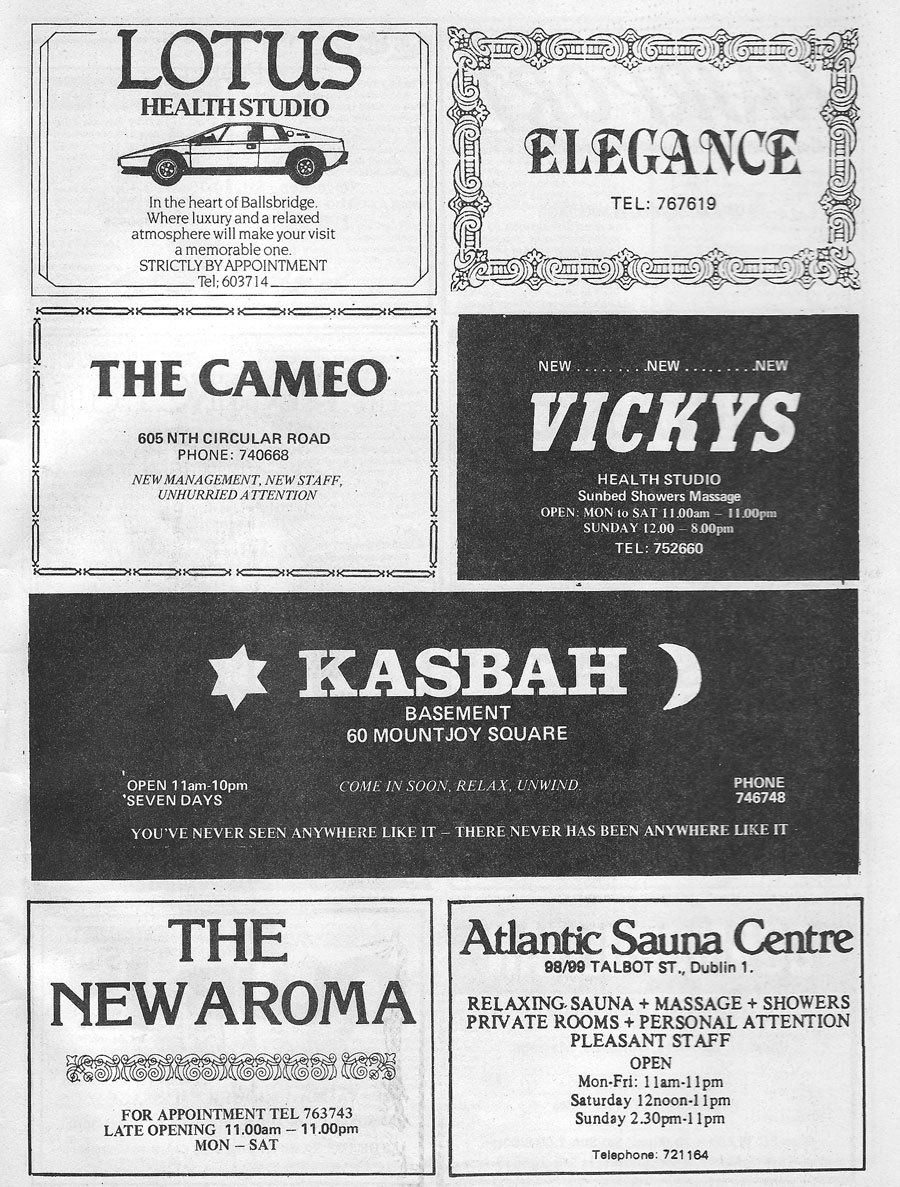